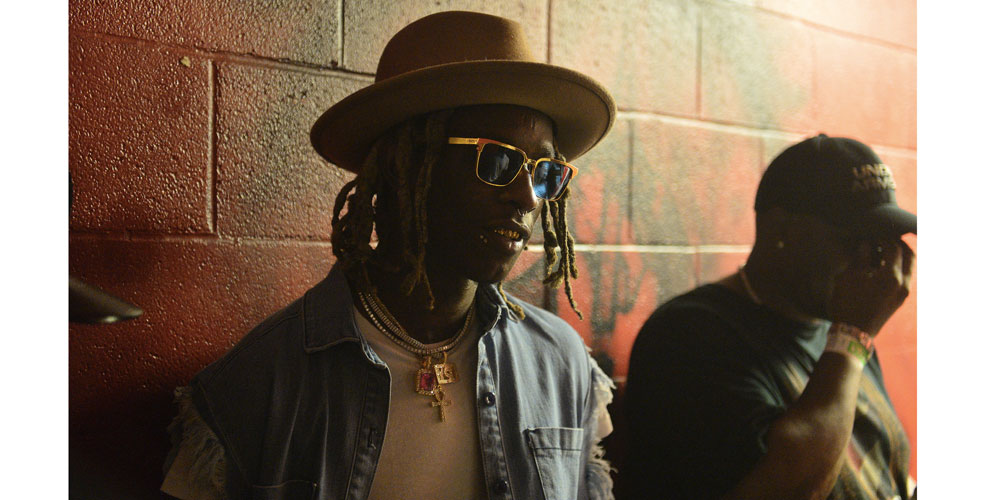 If you think this whole gender fluid fashion thing is a passing fad, get ready to settle in for a long wait. First Jaden Smith got attention last January when he became the face of Louis Vuitton women’s wear, posing in a dress for the campaign. Then came the Google Fashion Trendreport that reinforced the fact that gender lines are blurring. And now there’s Young Thug, the Atlanta rapper who just released his new mixtape No, My Name is JEFFREY, featuring a cover photo of him wearing (bet you know where we’re going with this), a dress.

“”JEFFERY”” available everywhere tonight at 12am est. Shot by: @whoisglp

There’s actually two photos; one on the cover where he’s kickin’ it in a violet dress by Italian designer Alessandro Trincone and hiding under a bonnet, and then the tracklist photo, which features the same ensemble, only with him peeking out from under the bonnet and smiling.

“”PLAYLIST”” I named the songs after all my idols…

If you’re familiar at all with Young Thug, you’ll know that this isn’t his first go at wearing women’s wear. Earlier this summer he was featured in a Calvin Klein campaign wearing a dress. “In my world, of course, it don’t matter. You could be a gangster with a dress. Or you could be a gangster with baggy pants. I don’t feel like it’s no such thing as gender,” he says in the video for the campaign.