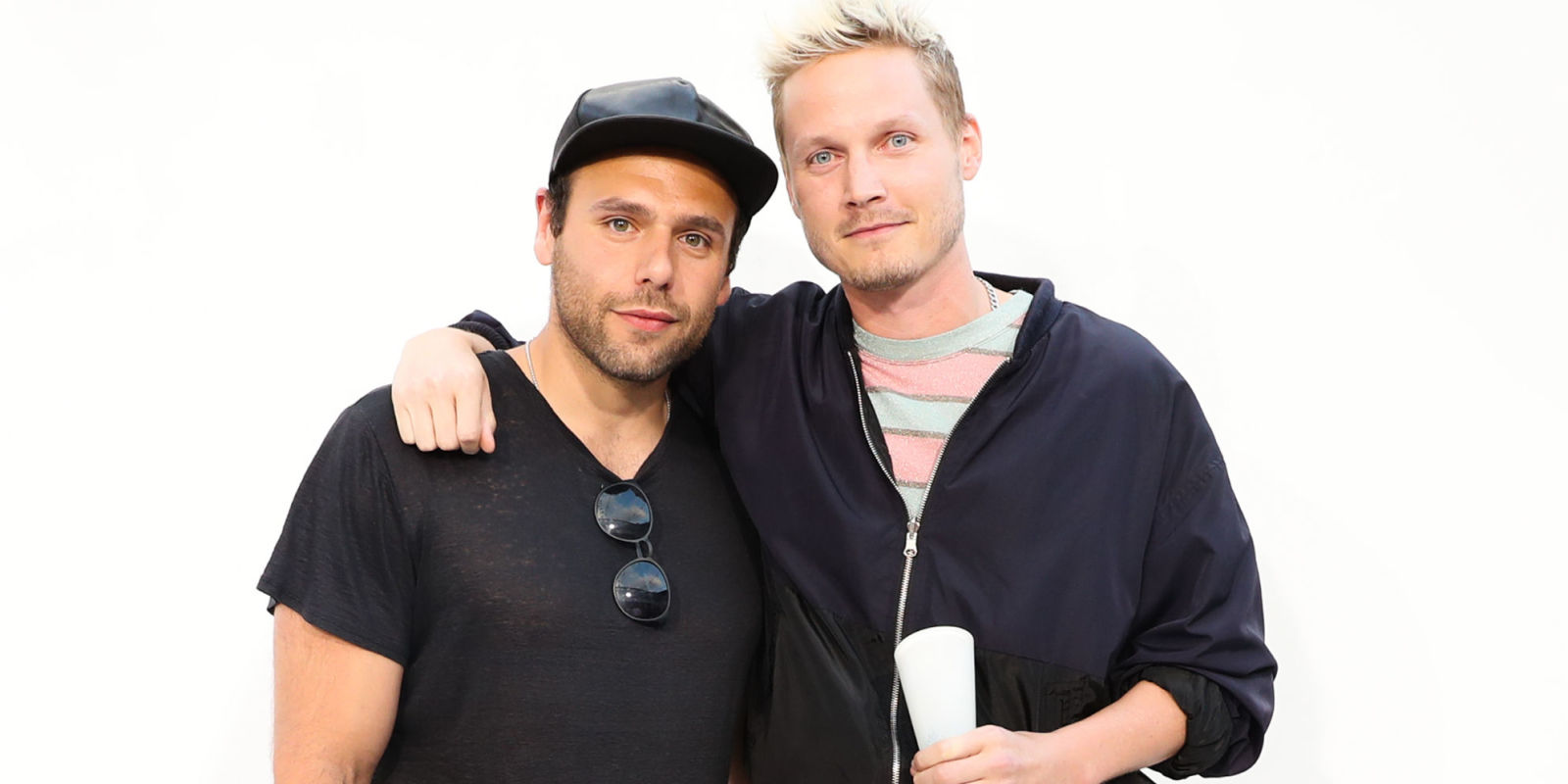 First up was their show at NYFW: Men’s last week, a travel-themed affair that took their signature downtown aesthetic and filtered it through the bright colors and intricate patterns of Morocco. They’re also part of the crop of 2016 CFDA/Vogue Fashion Fund finalists, the panel presentation for which took place just yesterday. It’s been a big couple of weeks for Joshua Cooper and Laurence Chandler, co-founders of NYC-based brand Rochambeau, which launched in 2007.

But in between those two undertakings—either of which, honestly, would be enough to exhaust most designers—there was another high-profile event: the U.S. leg of the International Woolmark Prize. Along with Pyer Moss, Abasi Rosborough, Second/Layer, and Matiere, the Rochambeau co-designers presented a look made from Australian merino wool to a panel of judges led by Woolmark’s Michelle A. Lee and featuring industry insiders like Public School’s Maxwell Osborne and Dao-Yi Chow.

Cooper and Chandler with their winning look.
BFA

Judging was no easy matter. “It was so tough,” says Lee, drawing out the “O” for emphasis. “It was extremely difficult because each designer has their own voice.” But after hours of deliberation and at least one 12 Angry Men-style outburst—”It wasn’t me!” Lee exclaims—the winners had to be named. Gabriela Hearst took the honor on the women’s side of the equation, while Rochambeau grabbed the win for men’s.

“It’s an incredible honor. We’re insanely humbled,” Chandler says. “If there’s one thing that they said, it was to push our creativity. We stepped a little bit outside of our traditional realm to really drive a look that embodied the kind of feeling of New York at an age when we were growing up, and I think we achieved that.”

The winning look, says Cooper, is “kind of that downtown renegade outlaw.” It was inspired by post-9/11 New York. “We were looking at the bubbling creativity that came out of that horrible situation. Looking at the Irak crew, like Ryan McGinley, Nate Lowman—we focused specifically on Dash Snow.” That translated to slightly slouchy trousers, a pair of boxer shorts made from suiting fabric with an all-over print, and an oversize, open cardigan that fell past the knee. All, naturally, made from merino wool.

But the real standout piece was a utilitarian, almost militaristic vest. “It really does look like leather,” says Cooper. It’s not. It’s hand-waxed merino wool. But the illusion is uncanny. You have to touch it to tell what it’s actually made of, and it’s a testament to the kind of creativity that earned Rochambeau top marks from the judges.

Up next in the competition is the international portion, taking place early next year in London. “I think what we’re going to unfold for the international challenge is really a strong energy with outerwear, and more layers,” Chandler explains. “I think it’s a great opportunity for us to make a statement with American menswear, to take a little risk on an international platform and try to show for our city—and the States as a whole—that cool things are coming out of here.”

Chandler and Cooper with Maxwell Osborne and Dao-Yi Chow of Public School.
BFA

For now, though, Chandler and Cooper are focusing on using the contacts that they’ve met through Woolmark to their best advantage. “It’s helped to expand our business and increase our vendors, which at the end of the day is the biggest win,” says Chandler. That’s something that’s true of all the contestants, according to Lee: “Now they’ll be alumni of ours, and we are going to be their wool consultants. We’ll always be there for them, because they’re family now.”

One thing that not everyone receives, though, is the $50,000 (Australian) that comes with the honor, all of which will go right back into building Rochambeau as a brand as its co-founders continue on their mission to strike the right balance between creativity and commerce. “I think for us a challenge has been putting forth the innovation in menswear that is possible, but not running so astray that it becomes this conceptual art project,” Chandler says. “So at the end of the day, as the business grows, we want guys to be wearing Rochambeau and we want them to be comfortable in it.” Sounds about right to us.