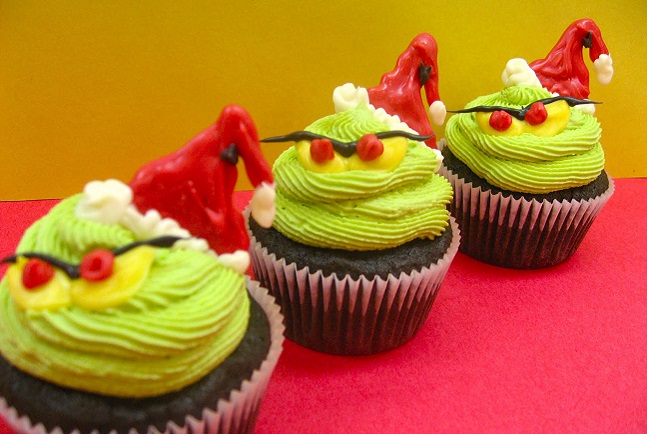 Starting next year, putting a dozen homemade cakes in your child’s classroom to celebrate his or her birthday will be the equivalent of igniting cigarettes on an asphalt road. Cane Ginger Gingerbread Man People will ban winter school Christmas party celebrations. This spring, do not expect candy in the classroom; vague Easter Bunny is strictly forbidden to enter the campus. As for next year ‘s Halloween celebration: Children should do well with water and carrots. How interesting!

This is all good news to writer Bettina Elias Siegel, who recently covered this important school-based cookie crisis for a story in the New York Times. Siegel writes (my translation from alarmist gibberish to reasonable person is provided in brackets):

The season of junk-food-laden [fun and celebratory] classroom holiday parties is upon us. And while some [normal and reasonable] parents see all the cakes, candy and salty snacks as a harmless indulgence during a festive season, others [certain joyless, Dickensian, wet blankets] object to any unhealthy food in the classroom.

Siegel goes on to provide reassurance by optimistically and without a hint of irony explaining, “…the federal government is stepping in to help address the issue of classroom food.” Siegel then reports that starting in 2017, the U.S. Department of Agriculture will require all school districts that participate in school feeding programs (so, you know, all of them) to create “nutritional standard” for all foods and beverages served in schools, including items brought to the school by parents and any food-based prizes given out by teachers.
I do not expect Siegel or anyone who writes the times to understand the utter absurd and joyfulness that the FBI “helps” feature as a holiday food crisis. Millions of parents appreciate it, but there is no doubt how ridiculous a government agency (at all levels) spends a millisecond on this issue, considering that, oh, about a billion more important things they can focus on. Does any sensible person think that this holiday cookie “disaster” requires federal (or state or local) intervention?

Sadly, the answer is a resounding yes for those in the Obama administration. In fact, the feds have been utterly obsessed with school-based food since President Obama took office. First, it was the school lunch “reforms,” which passed Congress in 2010 and which led to a massive, school-based food waste problem (ignored by liberals and environmentalists) as well as a legion of hungry and generally angry and annoyed kids (ignored by the media) who were forced to eat this “healthier” food. Then there was the banning of anything resembling a snack in school vending machines. And then, the feds took away the higher-fat and higher calorie “a la carte” items like mozzarella sticks and nachos sold in school cafeterias and replaced them with fruit cups, baked chips, and yogurt.

Of course, what didn’t happen was any sort of interaction with parents. At no point was there any discussion with or encouragement for parents to take a bigger role in their kids’ nutritional development. Parents weren’t encouraged to pack lunches, nor were they reminded that school-based food programs are for kids that live at or under the poverty line (so, in other words, some suggestion that maybe richer and middle class parents should stop using the school food program would have been nice). Parents also weren’t informed of the significant body of scientific evidence that shows parents who are more involved in their children’s eating habits and who practice certain parenting strategies (putting kids to bed earlier, limiting screen time, having family dinners) had children that were better able to maintain healthy weights. That’s useful information parents want to hear yet that information was never provided.

That pattern is being repeated here. Instead, of encouraging parents to voice their concerns and try to change school holiday celebrations from food-based to game- or activity-based, the solution is always more government. It’s as if the folks at the USDA (and the New York Times) have no concept of how schools and parents interact. As parents know, most teachers and schools respond to parent concerns. Thus, encouraging such communication between parents and teachers would be a far simpler way to deal with the so-called “season of junk-food” than insisting schools create rigid nutritional standards.

Sadly, schools need to develop these new standards, which only make the problem more complex and require parental photos. Instead of developing new nutrition standards through the process, many schools will only choose the US Department of Agriculture has approved the “smart snack rules.” These rules actually prohibit parents from making homemade food, ostensibly to reduce the risk of allergens ( Because the government does not believe the child, parents and teachers can exchange on such risks). It does not matter, which means that the boast of processed foods (including New York time food writer Mark Bitman) is promoting the rules, only allow the processing of food in the classroom.

If we really want children to be healthy, we need to encourage parents to get more out of their children’s consumption structures from school and food. If your school is a holiday biscuit crisis, I know some kids are happy to help. Address providing request.