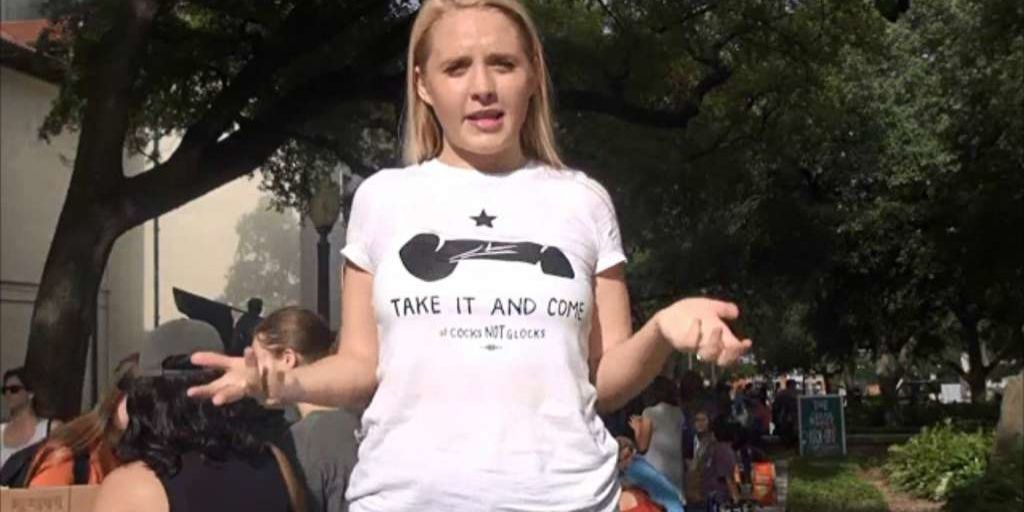 Do you know which one become the mvp of the university of texas’ Dildo-Heavy protest.

Students are protesting a new state law that went into effect Aug. 1 which allows concealed handgun licensees to carry a pistol on public university campuses.

“Cocks Not Glocks” movement founder Jessica Jin realized that, while guns are welcome on campus, sex toys are not.