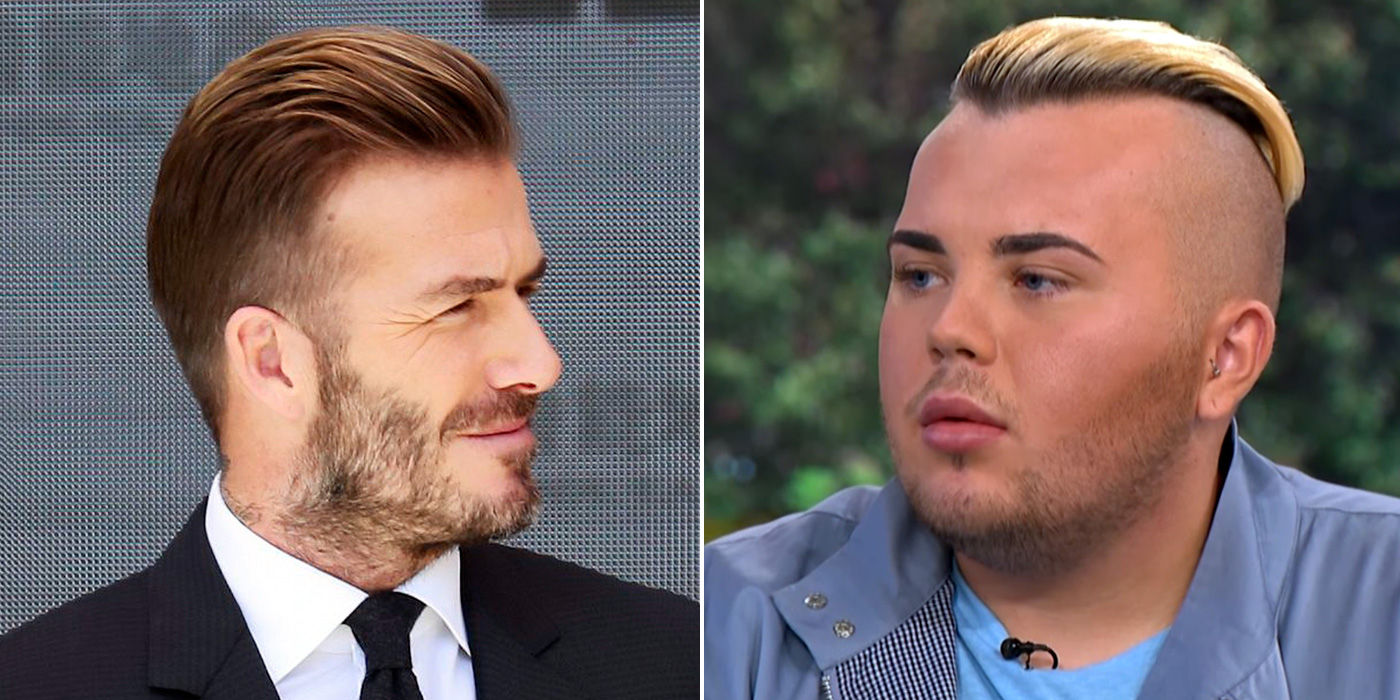 Get ready to cringe for six minutes. This clip is pretty much nothing but uncomfortable interactions and a glaring lack of self awareness.

Oh, man. Where to start?

How about with the (very reasonable) observation offered by This Morning host Phillip Schofield: Johnson looks nothing like Beckham. He’s spent an exorbitant sum and the only thing that bears even a passing resemblance is the hair, and even that’s not right.

Some quick, unsolicited advice, Jack? Let your hair grow out on the sides, see what happens with a little facial scruff, and leave the bottle of bleach out of the equation next time you visit the barber. Just those few adjustments could send you on your way to approximate Beck-ishness faster—and cheaper—than surgery.

Also, please stop doing whatever it is you’re doing to your eyebrows. They scare me, but I can’t stop staring at them.

To be fair, Johnson isn’t spending his benefits money on all those surgeries—which means he’s now $24,649.65 in debt. And he’s staring down the barrel of an even more desperate financial situation if things go according to plan and he drops $40,000 more.

Schofield tried to explain this to Johnson. “Isn’t that going to make you sadder, knowing you don’t look like David Beckham and you are incredibly in debt?” he asked. Johnson said no. I doubt he’ll be singing the same tune in a couple of years.

Co-host Holly Willoughby, for her part, spent the segment urging the teen to focus on his own mental wellbeing.

There’s more. But it’s pretty much the same idea: This dude doesn’t look like David Beckham. Sorry, but that’s how it goes for 99.99 percent of the population.