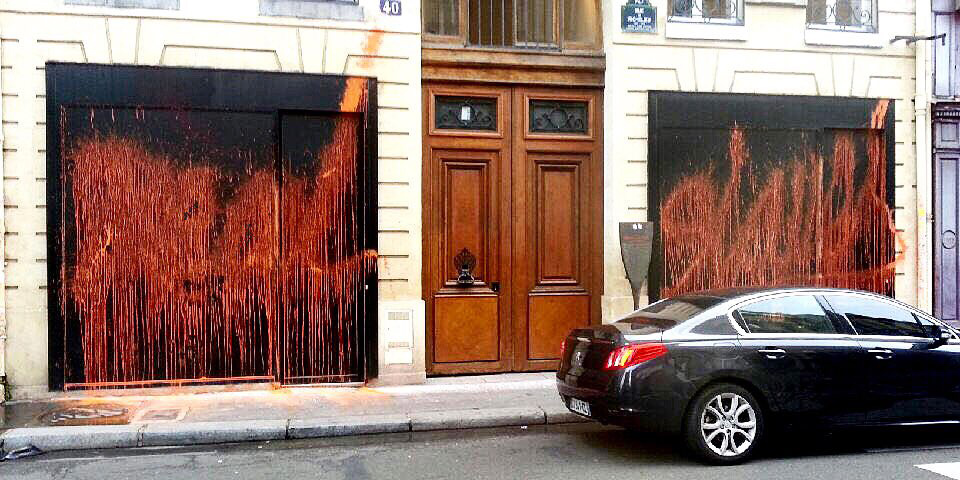 French graffiti artist Kidult isn’t a huge fan of consumer culture, and the fashion industry in particular. This is, after all, the person who tagged Marc Jacobs storefronts in both NYC and Paris (only to have MJ turn photos of the work into very expensive T-shirts—on both occasions). Kidult has also hit brands like Celine, Louis Vuitton, Hermès, and a bunch of others in the past.

The latest victim? Kanye West’s The Life of Pablo pop-up shop in Paris.

It started with a warning:

Followed not long after by a shot of the results:

Obviously a reference to West’s song “New Slaves,” the tag reads “Real Slaves” in giant (almost illegible) letters. Bet that didn’t stop any of Ye’s fans from lining up to buy a Pablo shirt, though.

How many of us… #realslaves