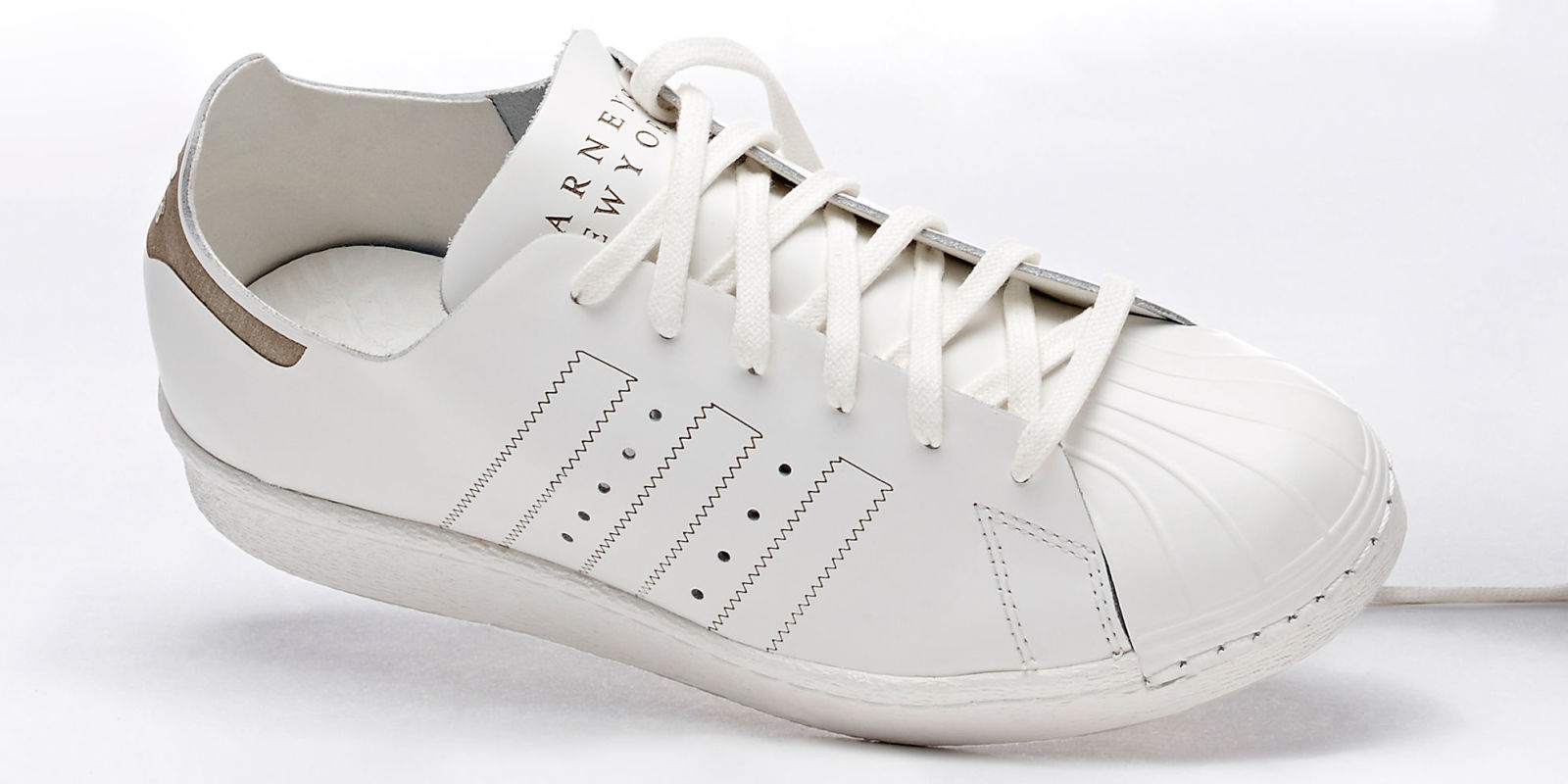 For the collaboration, Barneys created a pared-back version of both sneakers, with unlined premium white leather uppers and laser-cut detailing.  Barneys New York has announced the second installment of the store’s Sole Series collaboration, and this year’s Exclusively Ours (XO) update will feature the iconic Adidas Stan Smiths and Superstars.

“When we work on Barneys Sole Series brand collaborations, we try to focus on the classics,” says senior men’s footwear buyer Chris Pepe. “Since they’re both such a simple shoe, it’s challenging to really put a spin on it while maintaining the simplistic nature.”

For the Superstar, that spin meant using leather rather than rubber for the classic shell toe. Both feature laser cut detailing such on the logo, striping, and mustache, with the white leather left to form the Adidas logo on the back.

Under Armour Is Desperately Trying to Save Itself…

Neymar Jr. Is the First Soccer Player to Get His…

The reinterpretation takes the already minimalist styling of the sneakers to a stripped-down extreme—perfect for the coming dog days of summer. Both styles retail for $150 and are available now at all Barneys New York locations and at barneys.com.