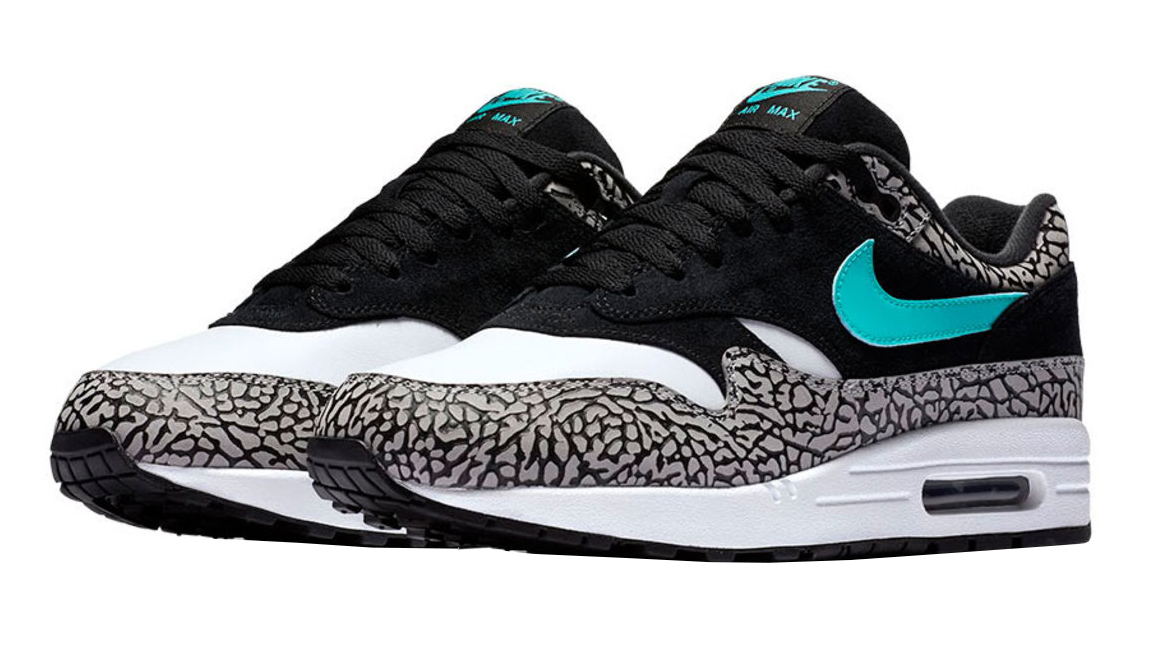 The sneaker lineup this week offers one of the best varieties of aesthetics and silhouettes we’ve seen in a long time. Nike’s month-long celebration of the Air Max program continues with a reworking of an OG colorway, a reissue of a fan-favorite collaboration, and even a new Jordan that’s steeped in Air Max history. Adidas’ NMD sees two very different collaborations for two very different customers. Future’s first official shoe with Reebok hits retailers at practically the same time Asics introduces a very Japanese retro runner, and Vans pairs with a Montreal sneaker store on a food-inspired pair. There’s a lot to catch. Don’t miss out. 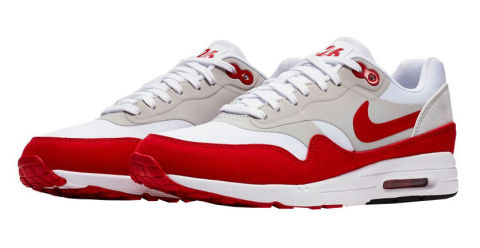 This year’s celebration of Air Max Day (3/26) has not only brought back the OG colorways of the Air Max 1, but also an older version of the silhouette to satisfy old-school collectors who obsess over things like that. But Nike didn’t stop there—the brand is also bringing out newer versions of the shoes, including this 2.0 version of the Air Max 1 Ultra. This one features a classic suede mudguard plus hyperfuse paneling above it. The look is very classic, but the modern update makes it special in its own way. 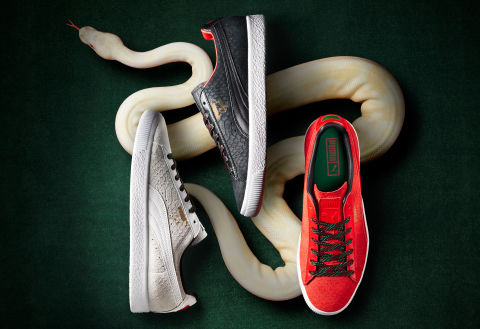 Puma introduces the upscale version of its iconic Clyde with a trio of luxury-inspired colorways. Each upper—red, white, and black—is done up in snakeskin-printed leather, with a smooth leather formstripe and a white sole. All three options feature black, red, and green speckled laces with contrasting hits on the heel. The shoes may be luxe, but at $90 the price tag isn’t—making this an easy cop for just about anyone. 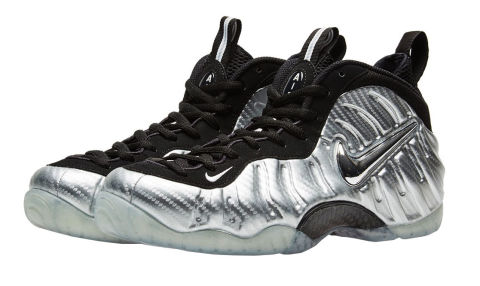 As a shoe, the Foamposite Pro is already an eye-catcher, so anyone copping a pair is looking to grab attention in some way. Make them metallic silver and it’s a whole different level. A carbon fiber pattern adds some texture to the upper, while the swoosh is mirrored silver. Black Durabuck at the lacing and a clear outsole finish the look. 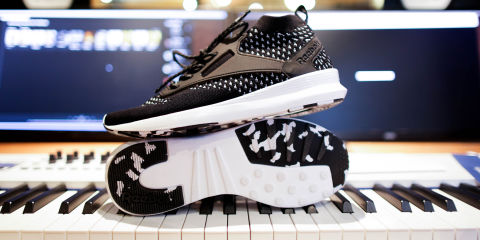 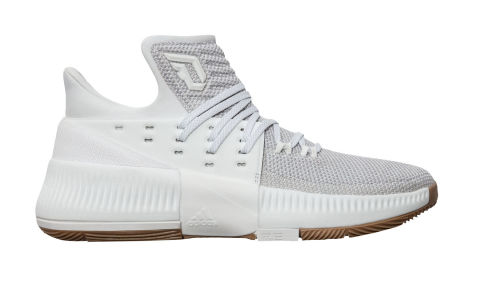 We rarely include technical basketball sneakers on these lists because we’re giving sartorial advice, not athletic. But when it comes to a basketball shoe, this “Legacy” colorway of Dame Lillard’s third Adidas sneaker is phenomenal. The white-and-gray upper is a veritable mishmash of textures and angles, tamping down the busyness with a limited color palette. The light brown outsole is reminiscent of classic gum soles while, presumably, being a little more resilient to wear. This shoe was made to support you on the court but will support you just about anywhere else, too. 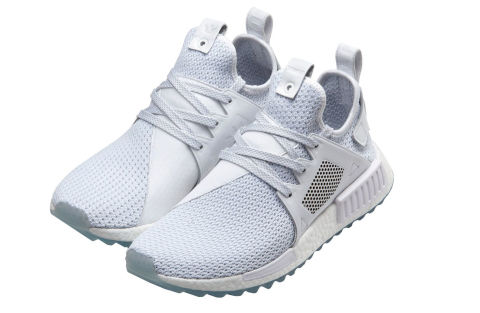 Popular Swiss sneaker store Titolo takes on the NMD XR1 with a frosty version that’s already breaking a lot of necks. The upper is pretty tame, with white nylon and very cool, very light blue Primeknit. What makes the collaboration special is the wavy, icy outsole. That outsole makes this sneaker something special and one that will be hunted down all over. This week it’s available exclusively at Titolo, but will be all over the globe on March 25. 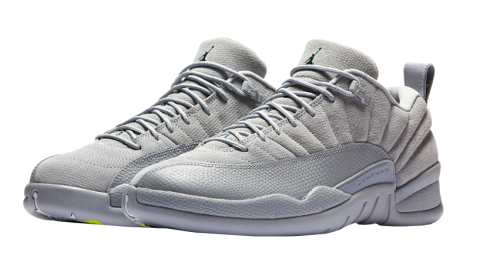 Gray is the hyped color of the season with the upcoming KAWS Jordan and a suede Jordan 1 on the way. But this week a low version of the wildly popular Jordan XII hits in gray suede. It’s a very casual look for a street-smart wearer, while still expressing sophistication. The typical lizard print leather on the toe is still present, offering a variation of texture and tones. The outsole is gray as well, but semi-translucent for some extra interest. 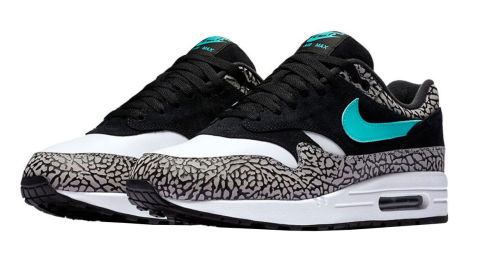 It’s become something of a tradition that Nike looks to the fans when deciding what sneakers it’s going to bring back to the market for Air Max Day. This time, one of the iconic Atmos x Air Max 1s won the vote and this weekend it’s set to release. Dubbed the “Elephant,” thanks to the prevalence of elephant-print leather on the mudguard and collar, the shoe originally released in 2007. It’s back in its former glory with the aforementioned elephant print, black suede, and white leather on the upper, plus a Tiffany blue swoosh. These will go lightning fast on Saturday morning. 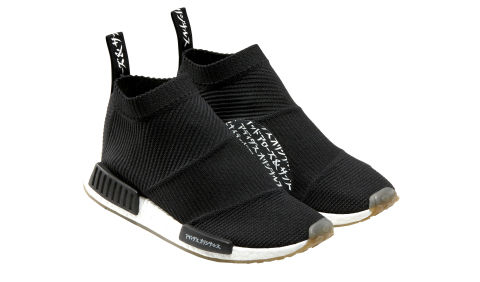 United Arrows & Sons is a Japanese establishment with a handful of stores in Tokyo and a reach that extends far beyond the shores of Japan. This weekend the brand’s City Sock will be available in its home country, but we’ll see a wider release next week. The shoe features an almost entirely black upper with a stripe up the heel and patch on the medial arch covered with Japanese characters. A gum outsole and white midsole make for a look that’s classic United Arrows: clean, understated, and at home anywhere. 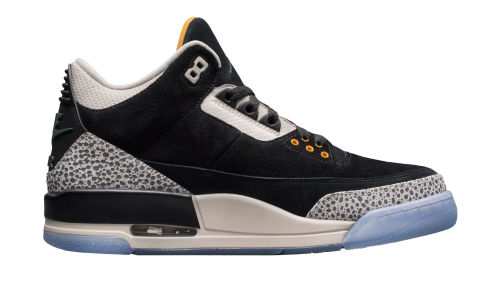 Those in the sneaker world anticipated this week’s release of the Atmos Air Max 1 because they voted for it; what we weren’t expecting was a pair of Jordan 3s. What’s even more surprising is that the Jordans are inspired more by Atmos’ “Safari” Air Max 1s that rereleased last year than the “Elephant” version that’s set to release on the same day. Black suede and nubuck dominate the upper with hits of Safari-print leather. Orange appears on the tongue lining and eyelets at the front, while the whole thing sits on an icy outsole. As far as we can tell these will only be available in a hyper-limited pack with the Air Max 1s, but who knows! We’ll see what happens!