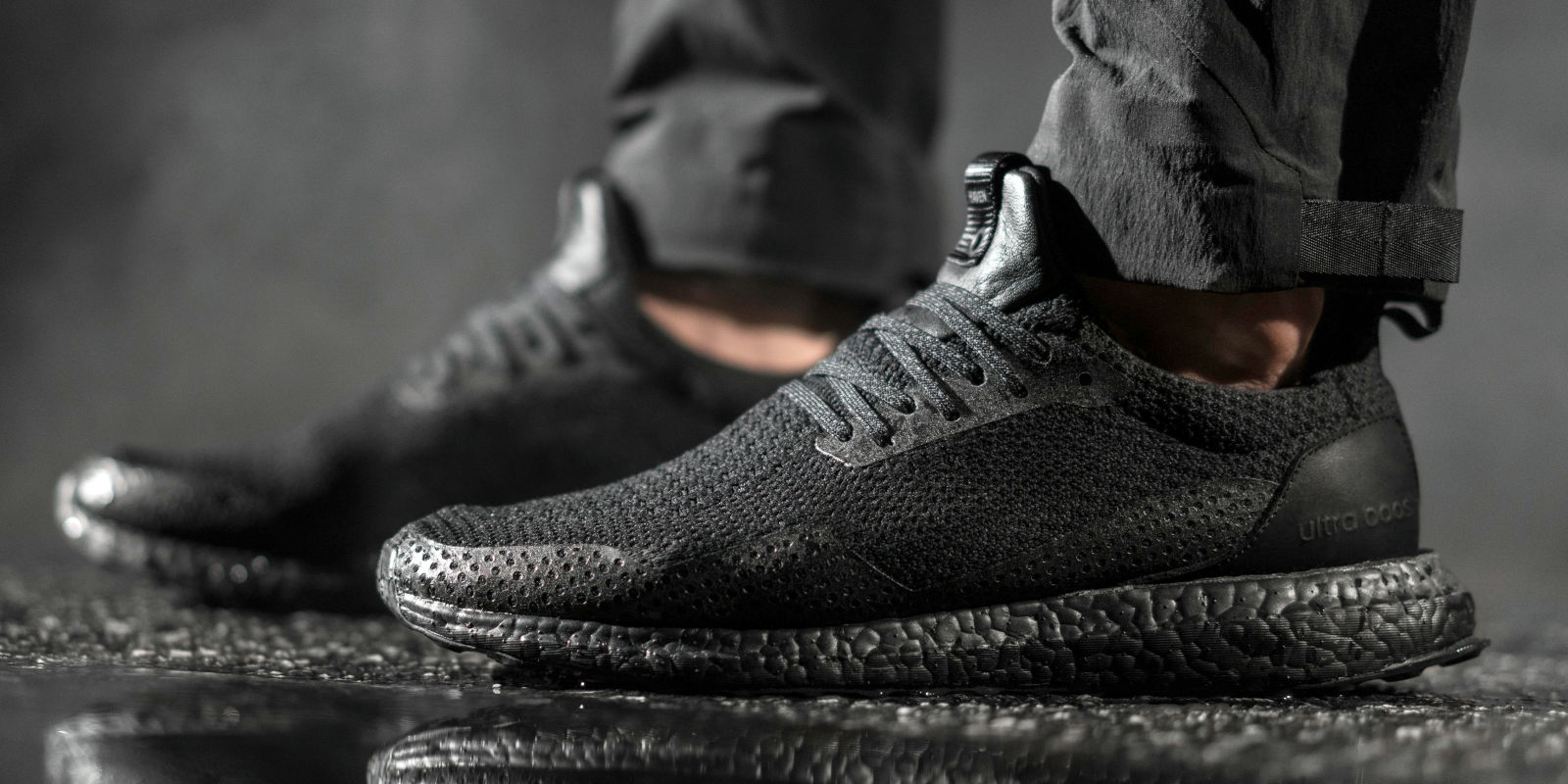 The range of sneakers releasing this week doesn’t necessarily represent the most hyped pairs of the year, but there are still some real bangers in the mix. The two pairs that everyone else will be hunting for after this weekend, and for good reason, are the Air Jordan x KAWS IVs and the retro Air Jordan 1 “Royals.” One is new, the other is very old school, and there’s plenty of hunger for both of them. We’re particularly excited about Alexander Wang’s take on the basketball sneaker with his brilliant new shoe, as well as the very loud but very fun Nike Air More Uptempos. There are also plenty of choices for anyone looking for something more subdued, like some tonal low Air Jordan 1s and a collaborative pair of Adidas Ultra Boosts. Get excited. 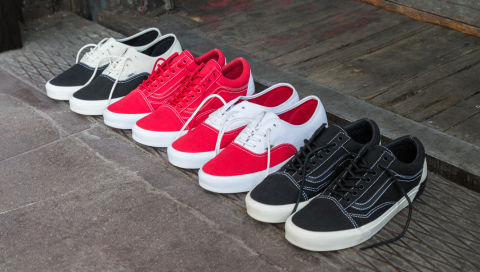 This week’s offering from Vans is just subtle enough to separate you from the rest. A “Blocked Pack” of Authentics and Old Skools juxtaposes mostly all-over colorways with contrasting counters. The Old Skools feature solid uppers with contrast stitching and a reversed heel, while the Authentics use the same color duos, with the toe as a contrast. These sneakers have a younger, more playful look, making them perfect for your upcoming beach weekends. 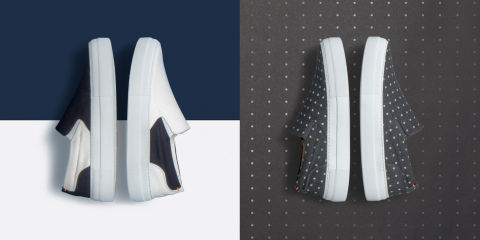 This is the fifth time that Greats has teamed up with Nick Wooster and Lardini to create a series of classy slip-ons. All of Greats’ sneakers are made by hand in Italy, meaning their craftsmanship is top notch, but partnering with Lardini means they get only the best materials for their uppers. Two pairs are dropping this week. The first is a mismatched, reversed colorway with navy and white, and the other features gray canvas with 3M printed dots. These come at a slightly higher price point than most Greats sneakers but that’s what happens when you’re getting something truly great. 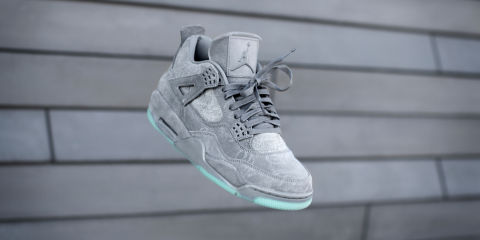 The day is finally upon us. Ever since leaked images of a possible KAWS / Jordan collaboration leaked, the thirst for these sneakers has been savage. And fans will finally be able to get their hands on pairs this weekend. The entirely gray upper was something of a surprising choice for a shoe between Jordan and an artist, but is a well-rooted color for KAWS, who uses gray as a first step in his creative process. Even with the otherwise understated upper, you can’t miss the bright green glowing outsoles. 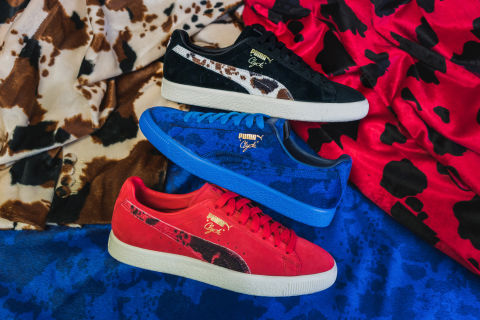 This week the legendary Walt “Clyde” Frazier celebrated his 72nd birthday, and to mark the occasion, Puma teamed up with New Jersey-based sneaker boutique Packer Shoes on a trio of sneakers that commemorate the man’s unparalleled style. Clyde is perhaps best known for his cow-print suits (second to his hats, of course), and these three Clydes draw inspiration from those patterns. Black, red, and blue colorways each feature pony hair in cow print like the bevy of booming suits from Frazier’s closet. If you miss out on these, expect a wider release of the shoes at other retailers next week.

These Adidas Originals by Alexander Wang BBall sneakers are already our favorite new sneakers of the year. The shoes are a triumph, blending retro influences with contemporary technology into something that feels like a love letter to the future from the past. The toe is a direct reference to adidas’ Forum, while the bulk feels like a Ewing, all while using Adidas’ Boost and gum sole units. These are more at home in Bill and Ted’s Excellent Adventure than our world in 2017, but we’re thrilled to have them. 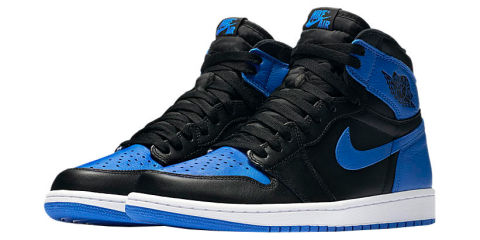 Although the KAWS 4s are definitely the most anticipated new Jordan release of the year so far, the most anticipated Retro sneaker (a colorway that already released) is the “Royal” 1. Made famous thanks to a classic photo of Michael Jordan in the mid 1980s, the royal blue from these sneakers has its own cult following, inspiring pairs like the impossible-to-get Fragment 1s, Just Don 2s, and even a beautiful pair of Balenciaga sneakers. Royals have always been notoriously hard to get, but it looks like this time they’ll be an easier grab. 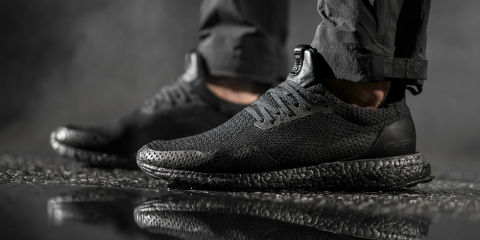 The Ultra Boost is one of Adidas’ most successful silhouettes from the last couple years, but we’re always happy to see a riff on a stalwart. The Haven collaboration releasing this weekend uses the uncaged version of the sneaker, but gives it some structure with a fused toe wrap and mudguard, as well leather on the tongue to elevate the silhouette. Color-wise, the sneakers are entirely blacked out, making the shifts subtle, but a statement in their own right. 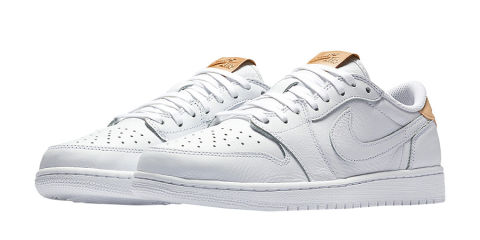 If the Air Jordan Royal 1s are a little too casual for daily wear, perhaps these Low 1s are just right for you. This week there’s reportedly a trio of Low Jordan 1s hitting the market with an OG swoosh across the quarter. Black and powder blue nubuck pairs will be available, but our pick of the three is the all-white pair with a hit of vachetta tan leather at the heel. They’re super clean and will match with anything you can throw at them. 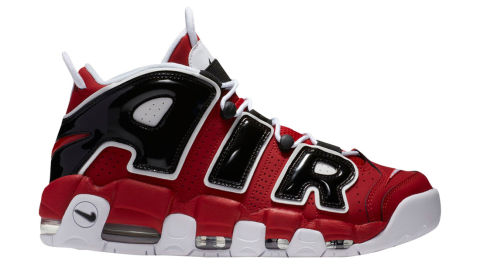 The Air More Uptempo has always been a loud shoe, but the Hoop Pack brings it to a whole new level. These shoes released not too long ago, but they’re already back and thank God, because they’re awesome. The bright red nubuck upper acts as a base for white leather and black patent leather, letting the shoe make a huge statement. These are for the courageous and the courageous will be rewarded. 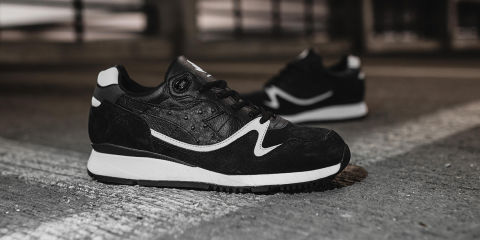 Legendary Aberdeen sneaker shop Hanon hits this week with its “Midnight Express” Diadoras. The classic soccer sneaker brand has done some luxe collaborations over the last couple years, and Hanon’s latest contribution fits squarely in that space. Black ostrich-embossed leather meets smother leather and suede. The shoes are fully black and white, letting the statement come from the variety of textures.