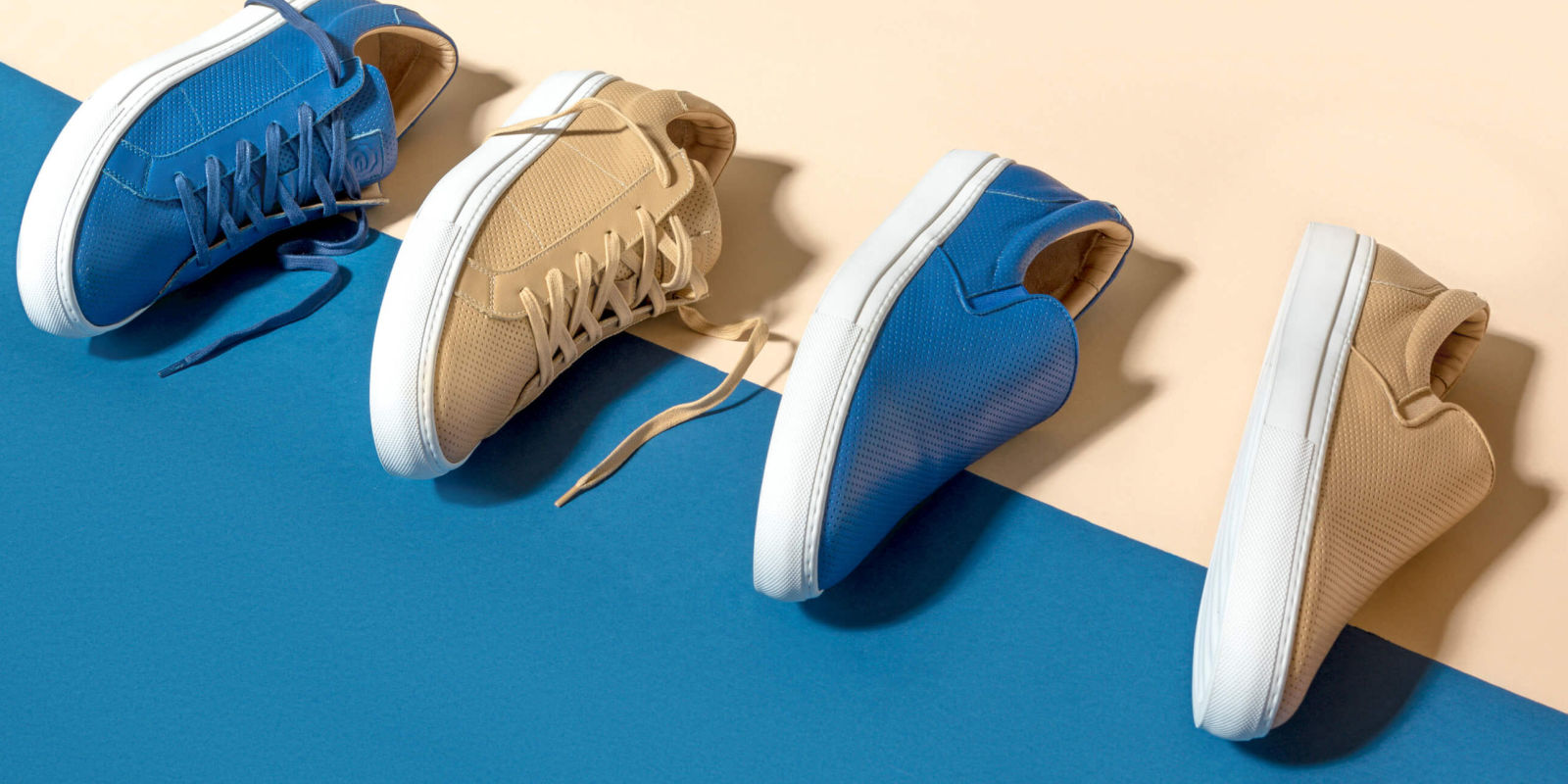 This week’s best sneaker releases are a perfect blend of retro and new. Nike’s Air Max 97 “Silver Bullet” returns in a big way, bringing with it two other Air Max silhouettes in silver—a mix of old and new. Alexander Wang releases more with Adidas: some AW Skate shoes in surprising colors and AW Runs with more conventional palates. This week Brooks Heritage releases its last collaboration before it stops producing new shoes, which is inherently sad, but offers a great note to go out on. The rest of the week features all sorts of aesthetics and textures that could fit into just about anyone’s closet, like a pair of gray Nike Sock Racers and a surprisingly mellow pair of Air More Uptempos.

Take a look—there’s something for you in here. 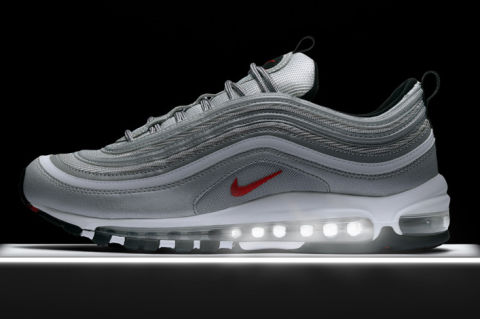 The most hyped sneaker of the week is the first to hit the market: Nike’s Air Max 97. Dubbed the “Silver Bullet,” this classic colorway of the 20-year-old model comes from the original inspiration that lead to the creation of the AM97 in the first place. The sleek lines and smooth movement of Japanese bullet trains inspired every part of this sneaker, so it made sense that the first 97 would be shiny silver. This is a retro classic. Expect it to speed off into shoppers’ bags as quickly as it hits the shelves. 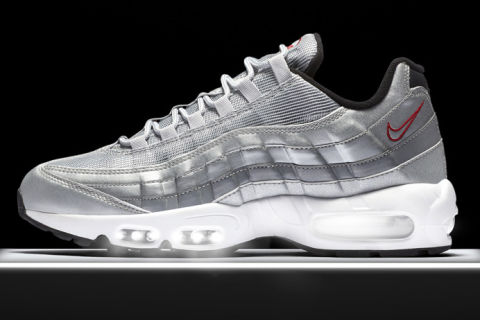 To help celebrate the return of the “Silver Bullet” Air Max 97, Nike has brought the colorway to a few other shoes, including the Air Max 95. The 95 obviously predates the 97, making for a colorway that is ahead of the applied silhouette, but the homage is appropriate and works. The same lines that we see on the 97 appear in a different form on the 95, making for a natural fit. 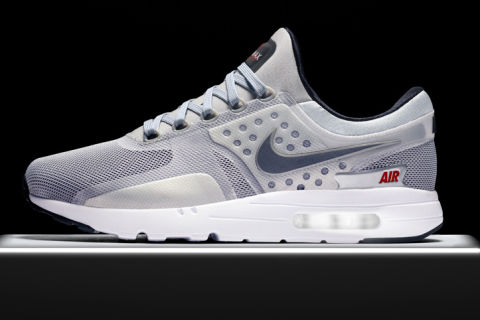 Where the 97 and 95 show movement and speed, making them a seamless fit for the “Silver Bullet” colorway, the Air Max Zero is more circular with older origins. The silhouette is relatively new, only hitting the market last year, but it is the original (albeit rejected) design for the first Air Max sneaker. This could have launched the entire line—but didn’t. This week it also comes in the “Silver Bullet” colorway, giving it a more graphic and dimensional take than the others. 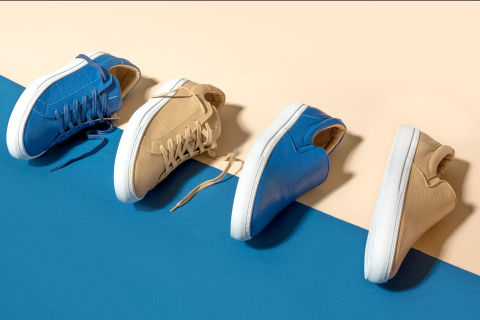 If you’re looking for something a little more upscale, Greats is getting you ready for your beach weekends with the “Sand & Perf Pack.” Four sneakers call up images of sun-bleached days by the sea thanks to their colors of sandy beige and ocean blue. Both the slip-on Wooster and low profile Royale are offered in perforated leather, keeping them casual with just the right amount of texture. As always, Greats sells directly to the consumer so you’re getting more than what you’re paying for by skipping the mall. 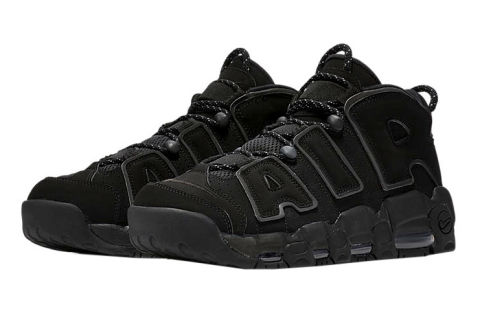 Nike’s Air More Uptempo is one of our favorite silhouettes on account of its unapologetic boldness and retro styling. Some of the colorways we’ve seen in recent weeks have been a little more than most can handle, but this weekend’s “Triple Black” version is much more digestible for the masses. The upper is done up almost entirely in black nubuck, with a little bit of lightness in the rope laces. A thin backing of 3M sits right behind the “AIR” branding for hint of that iconic excitement. 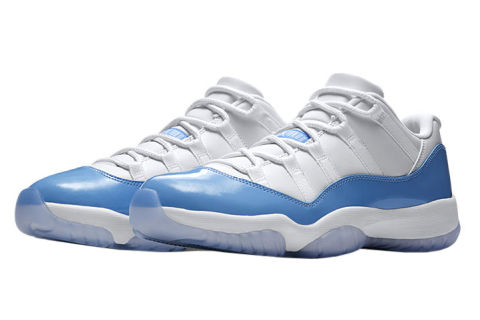 No matter whether you’re in the target market for this week’s Air Jordan 11 Low or not, you should definitely be aware of it in case it strikes your fancy. The classic mid-’90s sneaker hits this weekend in white and light blue, making for a sporty and bright take on the shoe. These will show their age a little quickly, so they’re perfect for a single-season look. 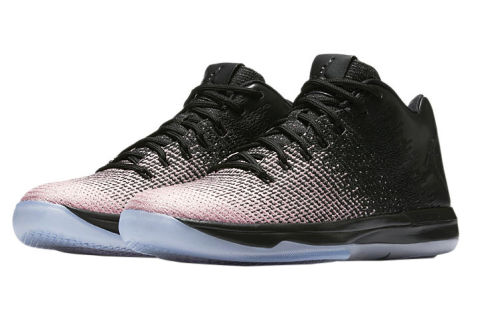 Jordan Brand introduced the 31 as the game shoe last summer, revealing a mashup of Nike’s Swoosh and Jordan’s Jumpman logos for a look unlike anything the brands had done before. In the low version however, like the “Black Sheen” from this weekend, the Swoosh has been removed and the Jumpman stitched with tonal threads, so all we see is the pink FlyWeave at the toe fade into black at the back of the shoe. The whole thing sits on an icy blue sole. 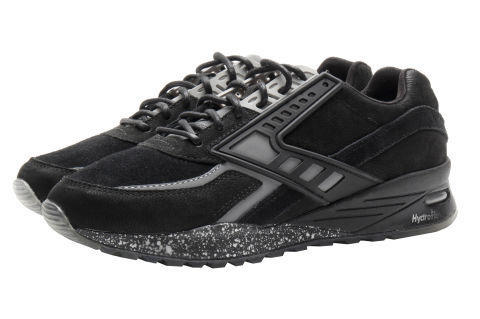 We just learned last week that, sadly, Brooks Heritage will be shuttering its doors to focus on Brooks’ Running program. But before it goes it’s offering one last collaboration, this one with FairPlay drawing inspiration from the Great Los Angeles Air Raid. The Air Raid is thought by many to be a covered-up battle between American forces and extraterrestrials, with contradictory accounts and very few answers, even 75 years later. The shoe features black nubuck and suede, like the dark night the air raid happened, while 3M gives a spacy feel, and the speckled midsole looks like stars. Or explosions. You decide. 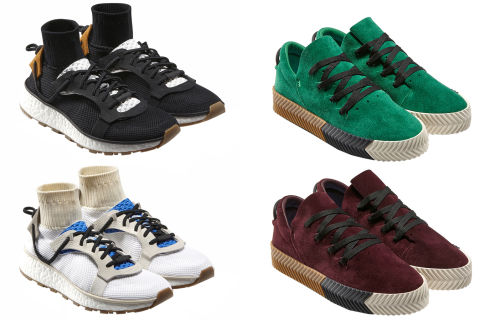 Alexander Wang is back with adidas, just a few short weeks after his latest release. The AW Skate returns in two colors alongside the AW Run. We’re excited to see the green pair of Skates, especially, because green is so rarely used in footwear, and it’s even more rare to see it done well. The AW Runs are a can’t-miss on account of their Boost soles and incredibly architectural uppers, offering a look that’s unparalleled in the industry right now. 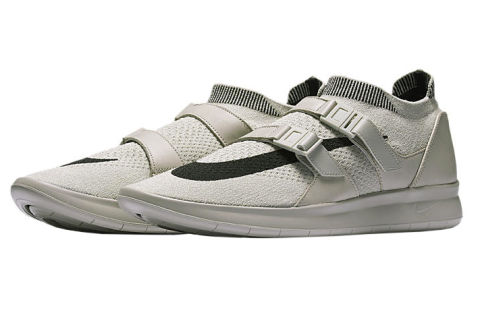 Last week we found early access to Nike’s Sock Racer Flyknit with black and white pairs, so it shouldn’t be surprising to see them officially land in stores over the coming days—but this time there’s a new color. The Pale Gray pair offers the perfect middle ground from the other neutrals for those days when you don’t want make the commitment to lightness or darkness. Our favorite element is the Swoosh on the toe that extends back towards the heel.