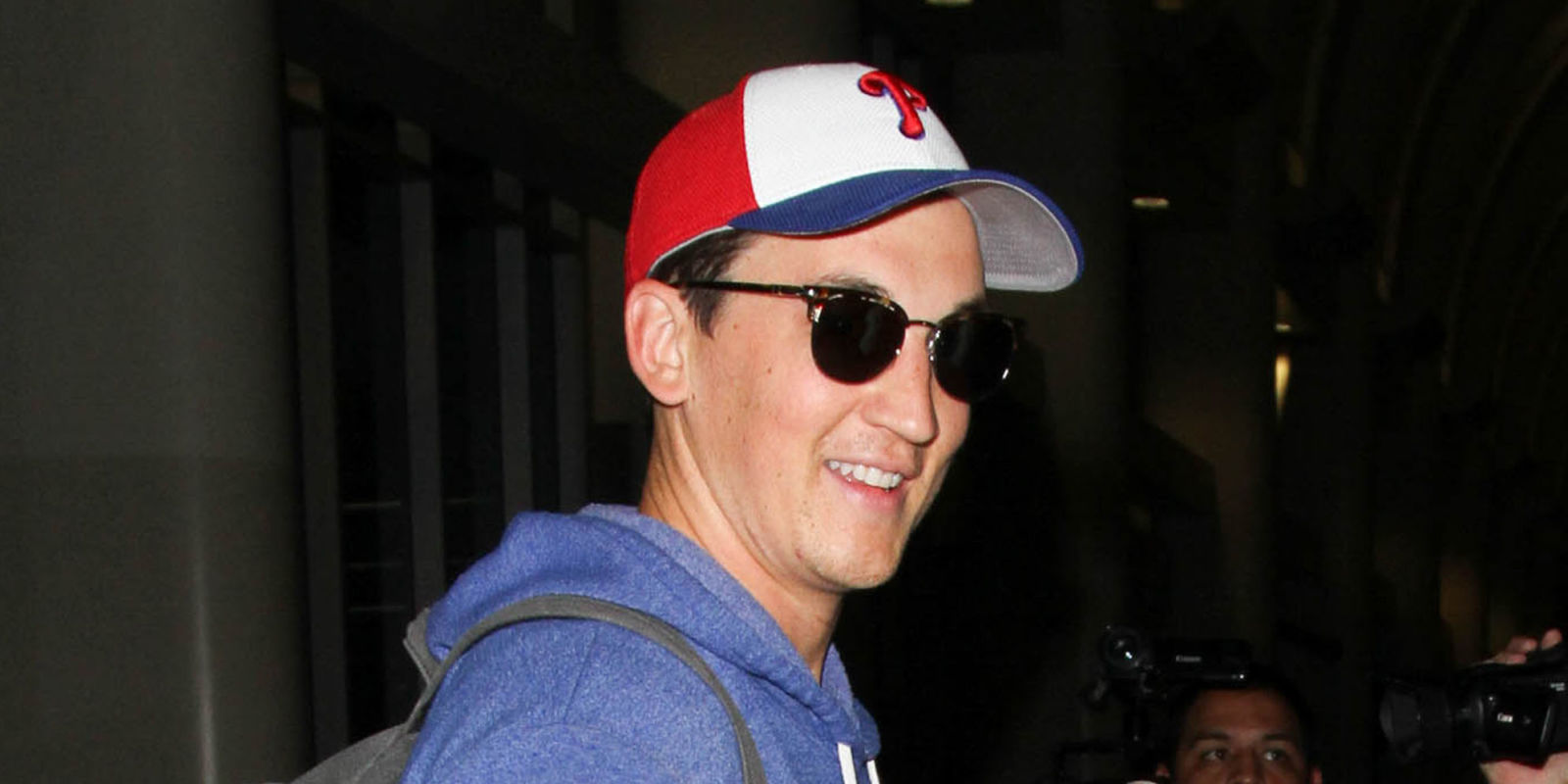 The actor showed up at the ESPY Awards last night with blonde follicles, and social media, of course, erupted. If you need proof that the internet needs to take a collective breath and just calm the hell down already—which, if you do, welcome to 2016, Rip Van Winkle; we have cars that drive themselves!—look no further than Miles Teller’s latest hairdo.

“Miles Teller needs to ditch that Eminem do ASAP,” said one commenter, according to Page Six. “Miles Teller’s transformation with blonde hairdo is like the reboot of the fantastic four…painfully flop. #ESPYS,” said another. And so went the onslaught.

@Miles_Teller the world is freaking out about your hair…

What will inevitably happen is that, in nine months to a year, a movie will come out in which Teller is—gasp!—blonde. (Seriously. It’s for his role in the upcoming film Granite Mountain.)

News flash: He’s an actor, and actors do weird things to themselves for roles. We’ve seen Jude Law get fat, Johnny Depp get a weird ass haircut, Christian Bale get fat-emaciated-ripped-fat, and Bradley Cooper get a perm. Every time, people freak out. And every time, there’s a movie that explains the whole situation. How about we just sit back and let actors do their thing, America? Sometimes they’re going to look weird, but it’s all gonna be OK.