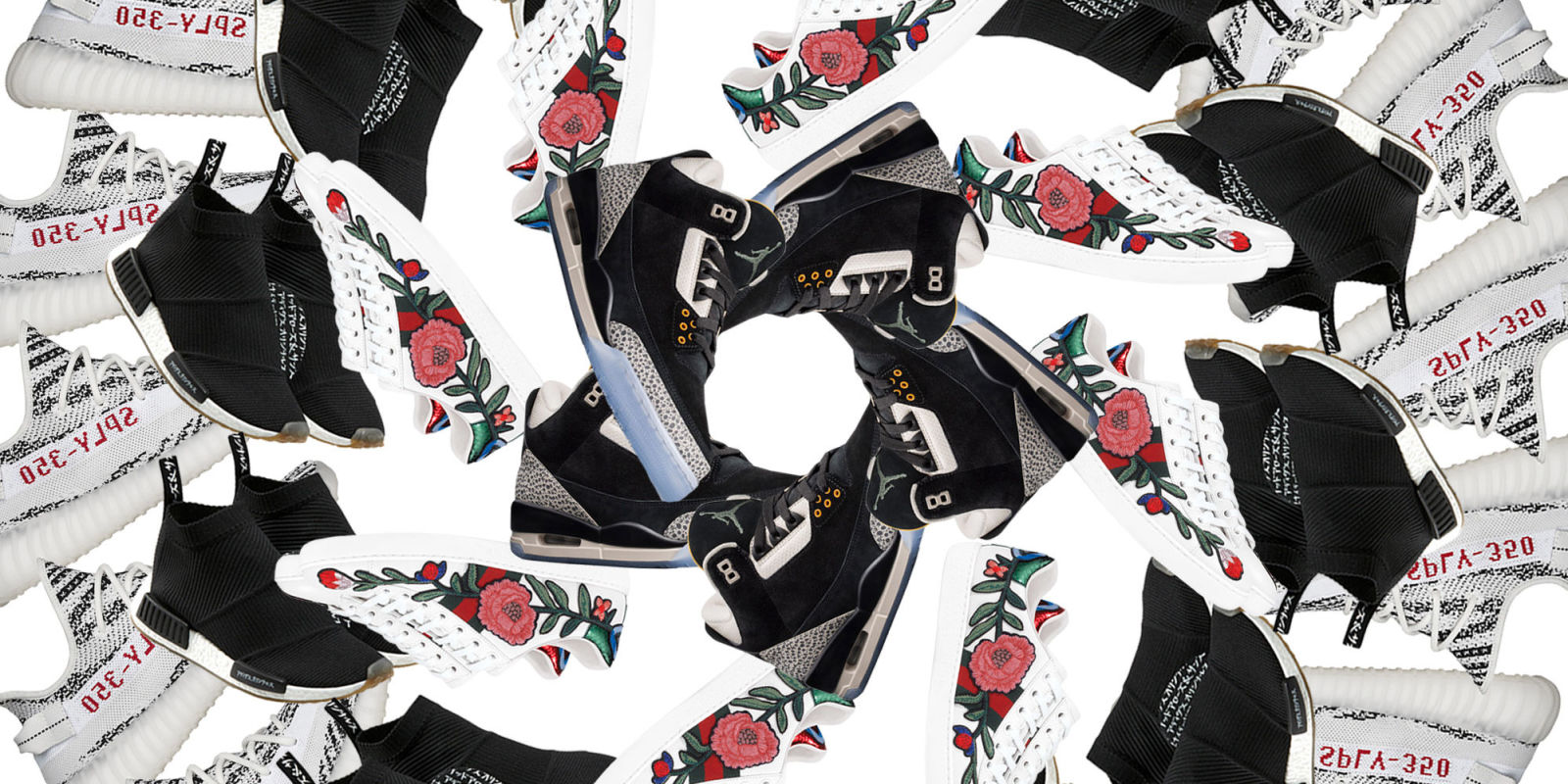 Each week, dozens of sneakers hit the market to satisfy a dizzying range of consumers with innumerable tastes. We try to keep you up-to-date on all those releases, but sometimes it’s easy to get lost in the noise. Plus, some of the best sneakers we see don’t even reach the masses because they’re just sampled ideas or are made in a very small run.

Here’s a look at what this year has given us already, plus a few things that you can expect (and pray for). We want to make sure you don’t miss the best bits. 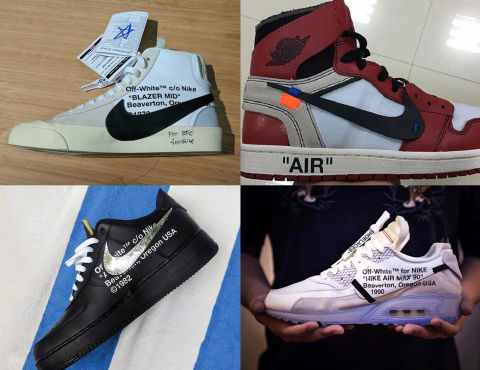 Off-White designer Virgil Abloh first broke into the fashion world with his friend and collaborator Kanye West, but Off-White is where he spends the bulk of his creative capital now. Over the last couple months, a handful of leaked images of Off-White collaborative Nikes have popped up with rumors of at least 10 different pairs coming.

What we’ve seen: deconstruction of both the sneaker production and its identity. On one side, this includes elements like a missing swooshes and unlined overlays. On the other: “AIR” (in quotes) on the soles and laces, and written descriptions of the shoes on their own quarters. 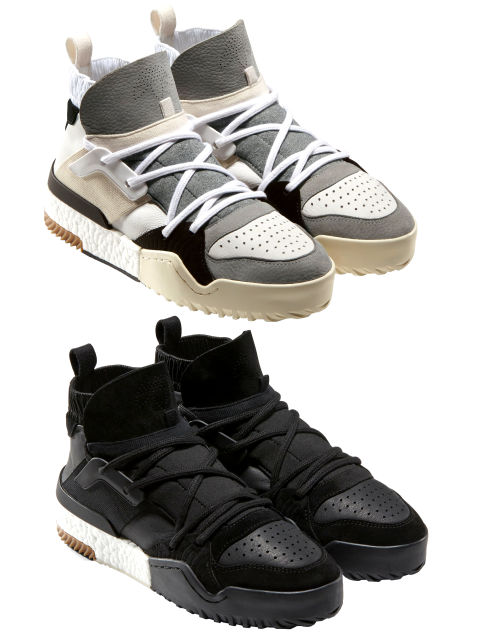 Alexander Wang’s take on the basketball shoe is a mind-bending bridge of decades, showing influences from the very beginning of technical basketball sneakers, all the way into contemporary designs. Elements of Adidas’s Forum make a showing, as well as pieces of the Y-3 Qasa High. The lighter colorway is ripped out of a ’80s or ’90s vision of a (somewhat more optimistic) future—think Bill and Ted’s Excellent Adventure, or Back to the Future: Part II (before Biff up and ruins everything). Wang has delivered a hopeful aspiration we gave up decades ago and are more than happy to get back. 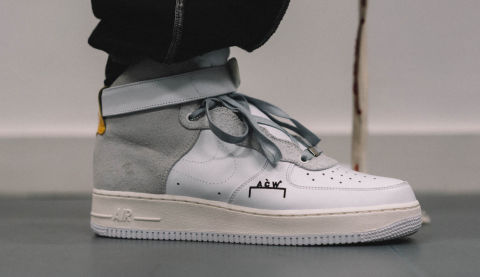 When images of A Cold Wall’s Air Force 1s landed online, there was a flurry of interest that died down quickly. A super limited run was created for the brand’s showing at fashion week, and we never saw more than shots of the model’s feet from that night.

The design is remarkable, showing a cultural understanding of lacing habits, while employing minimal colors and materials. No announcement has been made whether these will be mass produced and made available to the public, but if they are, it would add a unique voice to Nike’s collaborator network. 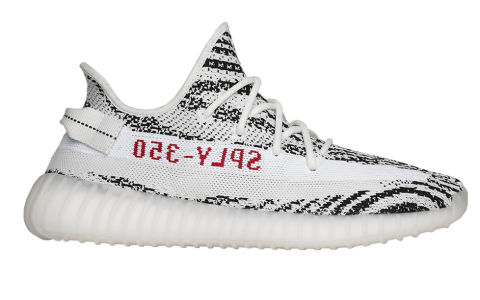 As Kanye West continues his march to be the most prolific sneaker designer in the industry, the Yeezy 350 was updated to a V2 that included a broader sole, more textured knit upper, and narrower lacing system. You can’t throw a Supreme MetroCard down a SoHo street without bouncing off three teens wearing 350V2s, but the Zebra pair that hit retailers fast and hard (the most limited of the bunch so far) shows a real willingness to push the boundaries. We could use more like the Zebras. 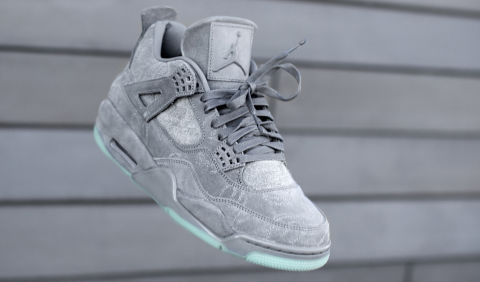 We can’t lie: We were surprised when we learned that Kaws teamed up with Air Jordan to create a collaborative sneaker. Kaws is an artist—not the typical musician or influencer that sneaker brands tend to compete for. But a broader picture is becoming evident at Nike, one that includes a different way of thinking. This sneaker with  Kaws represents a big step for Jordan in a unique direction and one that should be celebrated. (It doesn’t hurt that the shoe is super dope, either.) 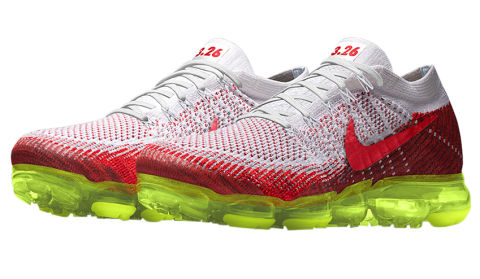 Nike made a big bet with the VaporMax—the brand has been getting shellacked in the wearable running shoe department since Adidas introduced the UltraBoost years ago. The VaporMax is the first real response, and it’s paying off.

The Flyknit upper makes for nearly infinite coloring options, but the standout element here is the full air sole. Since 1987, the big brains at Nike having been working towards a full air sole, but it’s just this year that they achieved it. Colorway after colorway sell out with the quickness, and for good reason: It’s a great looking shoe and a technological achievement. 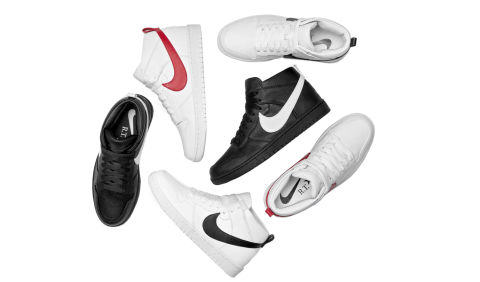 Riccardo Tisci has a way of pushing boundaries for Nike, kicking off with a trio of Air Force 1s that blew the top off the sneaker trade for a minute. But then he came through with a couple of duds, and folks thought maybe the first was a fluke. It wasn’t. This Lux Chukka take on the classic Dunk offers a totally new look with a retro feeling. They’re chunky but not heavy, bold but not overly designed. They’re a simple looking shoe that packs a punch.

Air Jordan released its All Star collection in the midst of the rigamarole over HB2 in North Carolina. They designed the Charlotte-themed sneakers long ago, but after the discriminatory bill made participating in events in North Caroline impossible. Jordan still had these shoes to sell, even if they were out of place. The sneaker is cool on its own merits, but the fact that it represent persistence in the face of discrimination adds a new layer to this shoe’s story. 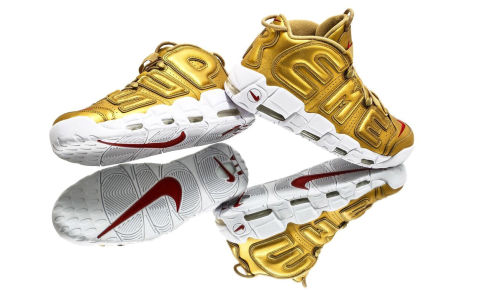 Since the first photos of Supreme’s Air More Uptempos hit the internet, sneakerheads have been frothing at the mouth for them. Nike’s Air More Uptempo is already a cult favorite with a very bold aesthetic and nostalgic silhouette. The NYC skate brand has redone the shoe replacing the “AIR” cut outs that normally cover the shoe with “SUPREME,” and hitting with three colorways: gold, black, and red with white. Even the most experienced at grabbing rare pairs will probably miss out on these. It’s all about luck. 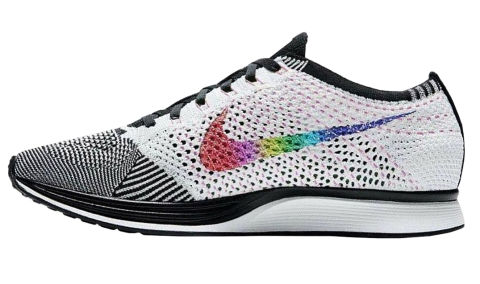 Nike was the first sneaker company to put its money where its design mouth was and make sneakers specifically for gay customers. The BeTrue collection continues to set the high watermark year after year in that arena, and it looks like this year is no different.

Leaked photos of the BeTrue Flyknit Racer show a white knit upper with a rainbow swoosh, and some subtle pink Flywires. These are immediate bangers and the best LGBTQ-themed sneaker we’ve seen to date. (Note: There’s another pair coming that will blow everyone away. But that’s all we can say for now.)