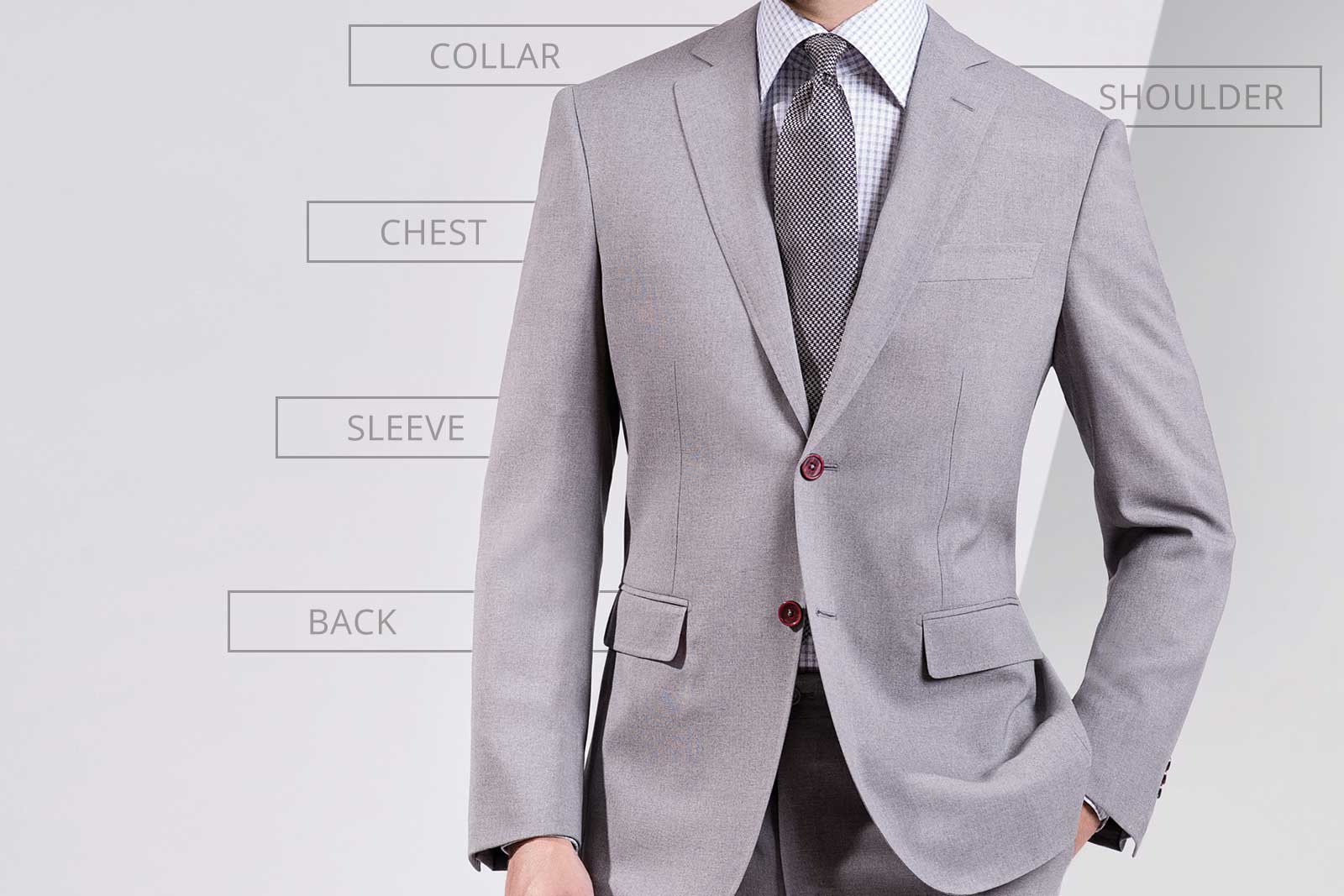 A fully canvassed suit is defined as a suit that has a jacket with a canvas. A canvas is a frame that maintains the jacket’s structure over time. It’s positioned on top of the interlining and beneath the surface fabric.

Typically, the canvas is woolen, or it’s made from the hair of a camel or horse. Your canvas will be malleable to a degree, which means that it’ll start contouring to the lines and curves of your torso.

Eventually, your fully canvassed jacket will fit even better than it did the first time you tried it on. If you properly care for this type of suit, it could last for the rest of your life.

If a suit isn’t fully canvassed, it could be half canvassed or fused. A fused jacket features wool and an interlining that are glued together. It’s a cost effective alternative, but it typically fails to provide a personalized fit. As a result, such coats often look boxy and somewhat out of style. It won’t be all that flexible, either, and it won’t last nearly as long as a fully canvassed suit.

There was a time when just about every suit was fully canvassed. However, fewer tailors practice this craft nowadays. Producing this customized type of clothing is a complex and it demands years of study and practice.

The parts of a fully canvassed suit focus entirely on the jacket.

The collar of a fully canvassed suit has two main parts. There’s the collar that you can touch and look at, and there’s a segment underneath, known as the undercollar. The undercollar is generally made of melton, a special kind of wool. It’s very rugged, and it’ll hold the rest of the collar in place. In addition, these suit collars are stitched by hand.

Good tailors take great care when fashioning the shoulders of a jacket. They carefully design them to flatter a man’s shape. A coat’s shoulders may be straight, or they might curve. If a guy’s shoulders tend to droop, soft padding material can be inserted into the jacket in order to lift the shoulders. These parts of the coat should offer the wearer plenty of room to move his arms around comfortably.

The sleeves of a fully canvassed jacket aren’t canvassed. Nevertheless, their appearance is vital to the overall sartorial effect. Your coat sleeves should be about a quarter-inch or a half-inch shorter than your shirt sleeves.

Note that your jacket’s sleeve heads will probably be padded. When padded, they’ll be better equipped to support and add dimension to the shoulders of your coat.

The chest section of a suit is where you can really appreciate the difference that full canvassing makes. The multilayered chest will ensure that your torso looks as solid and as strapping as can be. Your jacket’s chest shouldn’t droop at all or get bent out of shape.

Artisans who make these jackets create canvas pieces that fit into the chests precisely. The canvas and the fabric are hand-stitched to one another here, and the buttonholes are likewise finished manually.

Jackets that are fully canvassed almost always have vents in the back. A vent is a split in the fabric that makes the coat more flexible. It’s easier to sit, stand, walk and dance with these openings.

Fully canvassed coats often come with double vents, a look that’s a little sleeker than the single-vent kind. Be aware that it takes more time and more material to make a jacket with two vents.

When you have two splits along the sides of your coat rather than just one down the middle, your jacket won’t lift or shift as much when you put your hands in your pockets.

You’ll complement your fully canvassed jacket with a matching pair of trousers. Keep in mind that your pants will look great if they taper from top to bottom. They shouldn’t sag or hang, and they shouldn’t be too snug anywhere. Furthermore, pleats and cuffs can be highly appealing on trousers.

From head to toe, you’ll be at your most debonair in a fully canvassed suit. After all, the aspect of a suit that really draws people’s stares is the jacket. All other parts ― including the shoes, the pants and the shirt ― should be stylish, but it’s the jacket that ultimately creates a killer silhouette and establishes an overall style. When you wear a suit that drapes perfectly, you’ll project authority and command attention the first second you stride into a room.