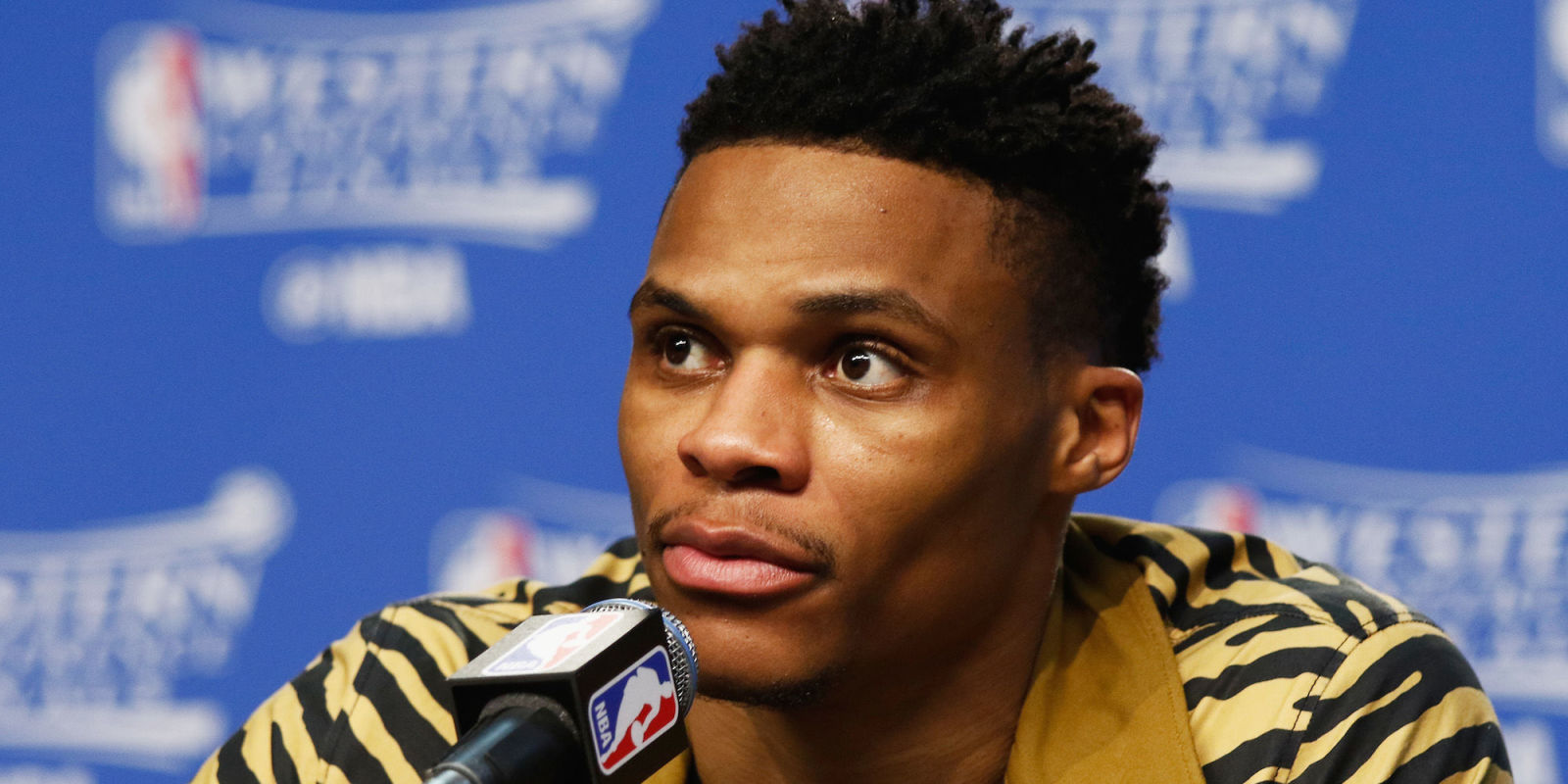 The L.A. native is a bona fide NBA style icon, one known for taking more risks with his looks than pretty much any other big name around. He’ll be a free agent when his contract with the Thunder expires next summer, but he spent a little bit of this one with Adweek for his latest cover story. Russell Westbrook is coming off a crushing playoff exit at the hands of the Golden State Warriors, but his off-court game continues. Here are some of the highlights:

On the roots of his interest:

“Fashion was always a real interest of mine, so I decided, let me take it more seriously…I decided to take all the steps and move in that direction, meet all the right people, whether it’s going to shows or sitting in meetings…having the opportunity to do that and gain relationships gave me an opportunity to do the things that I’m doing now.”

On how and when he got in the game:

On how he balances designing with his day job:

“You’ve got to be able to hold a conversation and talk in their language,” says Westbrook. During the season, Westbrook often finds time to look at work for his various lines before heading to the arena. “Obviously I’m not able to be in the office,” he says. “But I’m able to FedEx work and send back pieces and fabrics.”

On how he wants to be defined:

“I know they do it in soccer and over in Europe. Honestly, I’d be more interested in designing a jersey instead. Maybe if you had a Balmain jersey or a Givenchy or Dior. I think that would be even better, in my opinion.”

Head over to Adweek for the full profile and Q&A.