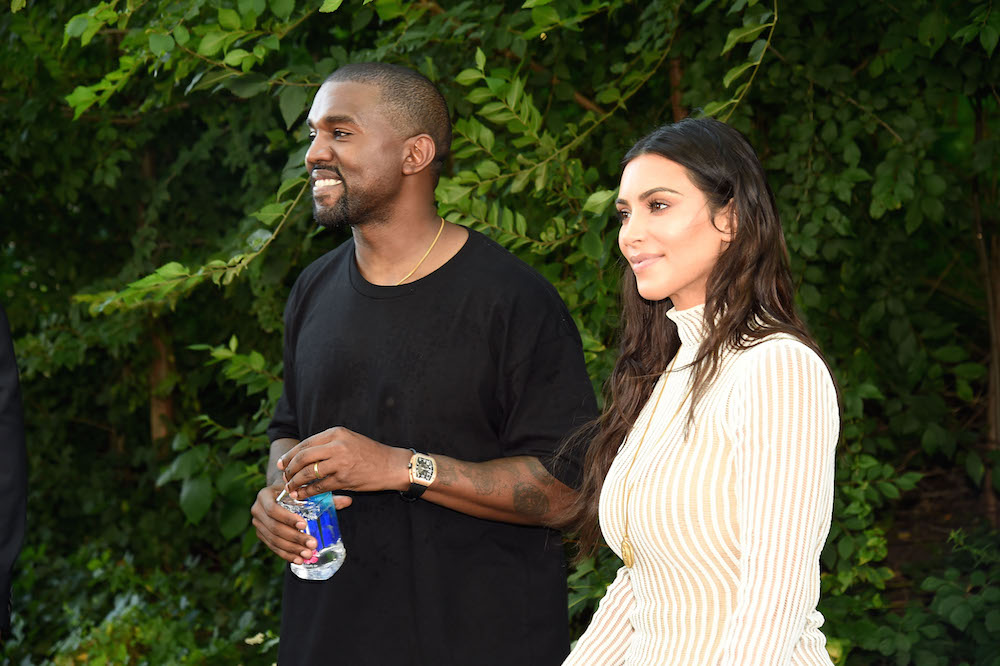 Let’s go to found out what happens at Kanye’s Yeezy Season 4 Show.

By the time we’re actually let into Franklin D. Roosevelt Four Freedoms Park on the southern tip of Roosevelt Island in New York, everyone has been standing around gossiping and watching celebrities arrive in a parking lot for over an hour. The cool and cloudy morning has turned into a hot and viciously sunny afternoon. One small group lines up for event merch (two long-sleeved tees with the event info printed in plain sans serif font). A longer line forms at the bathrooms, and others search for water and shade.

Eventually we’re led up to a long grassy wedge in a granite plaza neatly filled with models standing stock-still—an array of motionless female bodies that’s become the trademark of Kanye’s frequent collaborator Vanessa Beecroft. The seating process is as chaotic as the wait in the parking lot. I try to find a spot on a bench before I feel a hand on my shoulder and hear the words, “I think you’re in my seat, boss,” in the unmistakable voice of 2 Chainz, who has materialized behind me in a cloud of hash-oil vapor.

While the audience gets to sit underneath shady trees, the models are getting the full force of the sun. They’re wearing leotards and two-piece outfits of sheer spandex in a gradient of neutral colors, from light gold in the front darkening through several shades to black in the back. A droning monophonic analog synthesizer melody rumbles out of speakers surrounding the plaza.

This goes on for a while. Like, a very long while. For nearly an hour we listen to a synthesizer playing one note at a time and watch models stand and then, one by one, start to sit awkwardly. Between the stillness and the minor-key music, the whole thing feels less like a fashion show than a protest or some sort of extremely avant-garde memorial service. The small number of people talking do so in whispers. Spectators start checking their phones. One of the models starts fidgeting with her clothes. Another keeps cracking up whenever she makes eye contact with someone on the sidelines.

The near-static performance neatly sums up everything Kanye’s been about recently: anti-spectacle as spectacle, minimalism performed on a massive scale. The night before I saw him pack Madison Square Garden for the second night with a stage set that had no crazy computer graphics, no costume changes, and no special guests, or even anyone sharing the stage. It was like seeing brutalist architecture interpreted as a live music performance.

Eventually, and suddenly, all of the nothing going on turns into something. The synthesizer melody picks up its pace and resolves into something resembling the Close Encounters-like theme that played between songs at the show the night before and models appear on the raised platform dividing the spectators from Beecroft’s woman-array. It comes as almost a shock to remember that we’re actually there to watch a fashion show.

That part of it seems to go by in a flash. Models breeze by in more shades of neutral–”all neutral everything” being one of the Yeezy Season principles–wearing Kanye-style military silhouettes on top with tall boots below. There are maybe a couple dozen looks on display, but even in the relatively short amount of time the runway segment took up, things get weird.

Halfway through, a model walks by us in a black parka, zipped up with the hood up, obviously suffering from the heat, and struggling to stay upright in her stiletto boots. While her face maintains a runway model’s cold impassivity her ankles buckle and bend into unnatural angles. Between the doom-saturated music and the heat starting to warp my brain, it feels like something out of a Cronenberg movie or a J.G. Ballard novel–pointless suffering served up as entertainment. The model makes it almost all the way around the circuit before she finally collapses.

Despite his famous perfectionism, Kanye seems to thrive on the brink of chaos, and for a minute the entire show seems like it’s about to fall apart, but no one else passes out, and the rest of the models take a victory lap, although some of them have conspicuously swapped their heels for comfy-looking slides in Yeezy earth tones. When they’re done, Kanye himself jogs out, dressed in black t-shirt and black jeans, to stand briefly before the crowd and the cameras broadcasting the event live on Tidal. He looks around, waves, and then runs off at full speed, the camera struggling to keep up with him, seemingly thrilled at how it all went down.