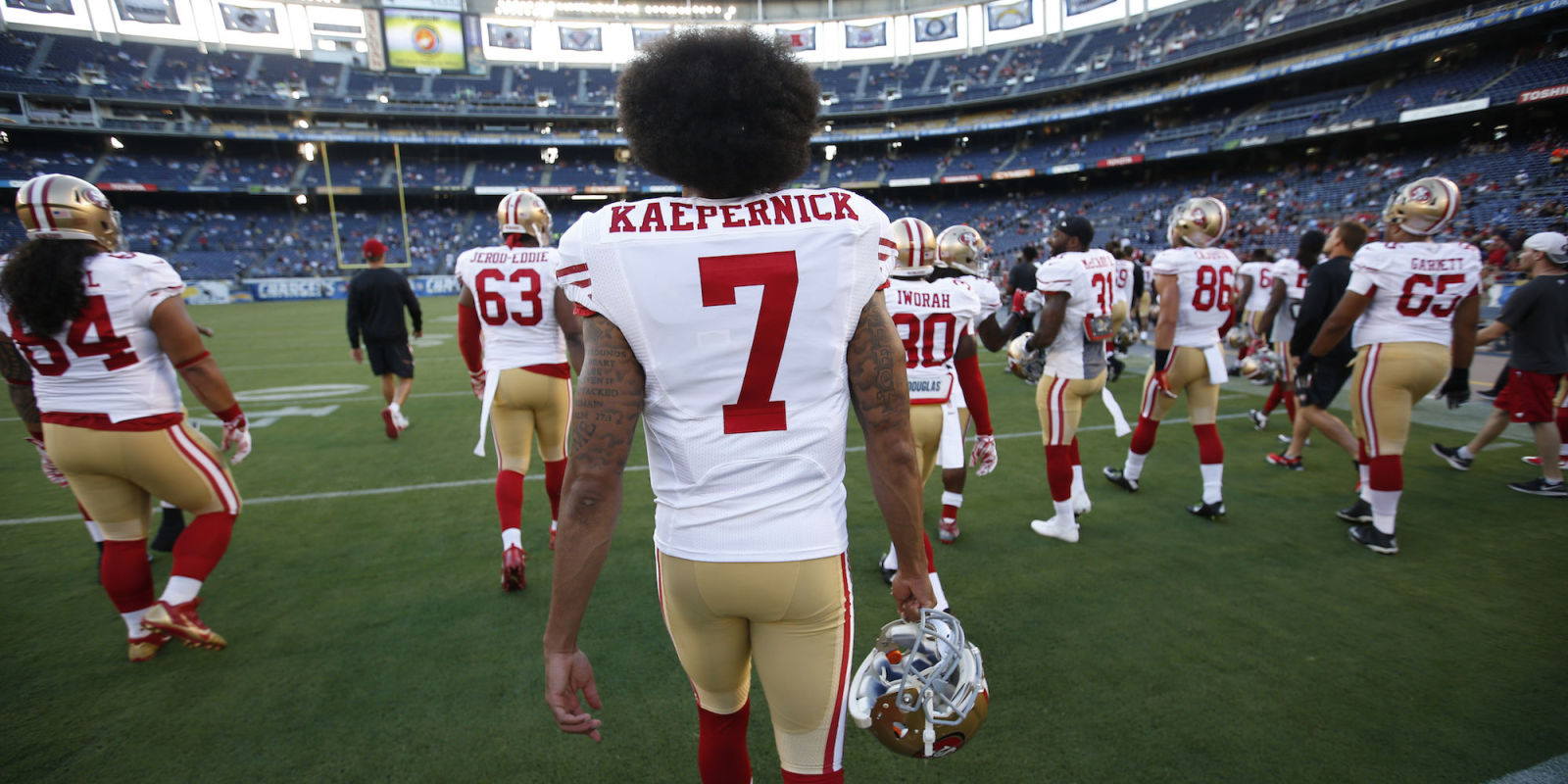 Last month, Colin Kaepernick threw The Ring into the volcano with his National Anthem protest, exploding the Internet Outrage Mountain and inviting the volcanic takes to dribble down the sides and into your cerebrum.

Kaepernick provided something of an answer today, when he announced on Instagram that he will donate all the proceeds he receives from jersey sales to charity.

I want to thank everyone who has shown me love and support, it truly means a lot! I wasn’t expecting my jersey sales to jump to number one because of this, but it shows the people’s belief that we can achieve justice and equality for ALL! The only way I can repay you for the support is to return the favor by donating all the proceeds I receive from my jersey sales back into the communities! I believe in the people, and WE can be the change!

It’s actually the second such pledge he’s made—he previously promised to donate $1 million to “various causes,” One of the criticisms of Kaepernick’s protest is that he’s “not doing anything off the field” to help the communities whose issues he is trying to highlight, so this should go some way towards…Never mind. The battle lines are drawn.