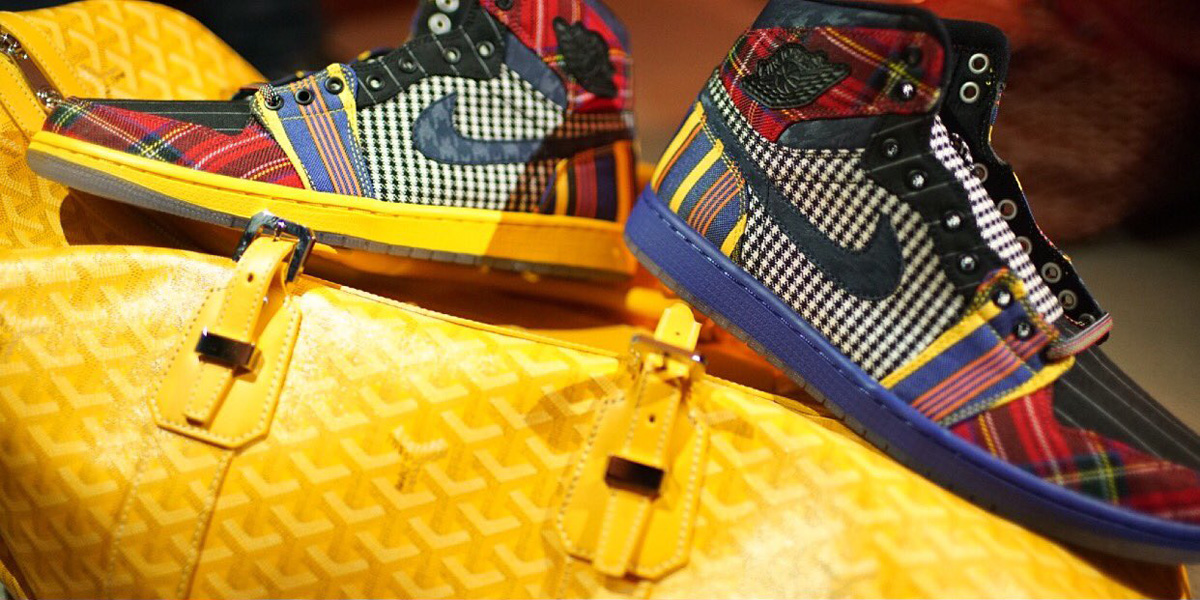 Yesterday, gave the world a sneak-peak of the “Sager Vision” Air Jordan 1, a multicolored sneaker directly inspired by Sager’s unique and completely amazing fashion sense. Featuring a mixture of stripes, plaid, and snazzy patterns, the sneaker is a perfect blend of personality and purpose. Fit for a man whose suit game is seriously unpredictable and who is unafraid to be himself no matter what. To cap off its vibrant and eclectic textures, the sneaker’s icy, translucent outsole also has the words “Sager Vision” in bold black lettering.

While there is no news yet regarding if and when the sneaker will see a wide release—only two pairs were produced “for now”—it’s no mystery why DJ Khaled was one of the chosen to receive a pair. Still riding high off the success of Major Key, his first No. 1 album on the Billboard 200 chart, Khaled is a media maven whose influence could help advance any brand or cause.

I can only hope these see the light of day, and judging by the “for now” on Khaled’s caption, there is a possibility it will happen. But one thing is for sure: If there is any sports personality right now who deserves a signature sneaker, it’s Craig Sager.

Since being diagnosed with leukemia in April 2014, Sager has undergone two stem cell transplants and chemotherapy. He returned to his TNT post at the beginning of the 2015-16 NBA season. Then in March, doctors gave Sager three to six months to live, that is, if he did not start further treatment immediately. “I’m not going to be that three to six months,” Sager said in a Real Sports profile. “I’m going to make medical history. I’m fighting this thing to the end. I have too much to do.”

Due to the cancer treatment (a third bone marrow transplant), Sager was forced to miss the Rio Olympics, which would have been his first Olympic Games.

Only time will tell what is next for Sager. And while a shoe of his own is a relatively small thing in light of his current battle, it’s a tangible way of paying homage to a man whose example everyone can learn from. I just hope he’s around to see something he inspired touch the world.