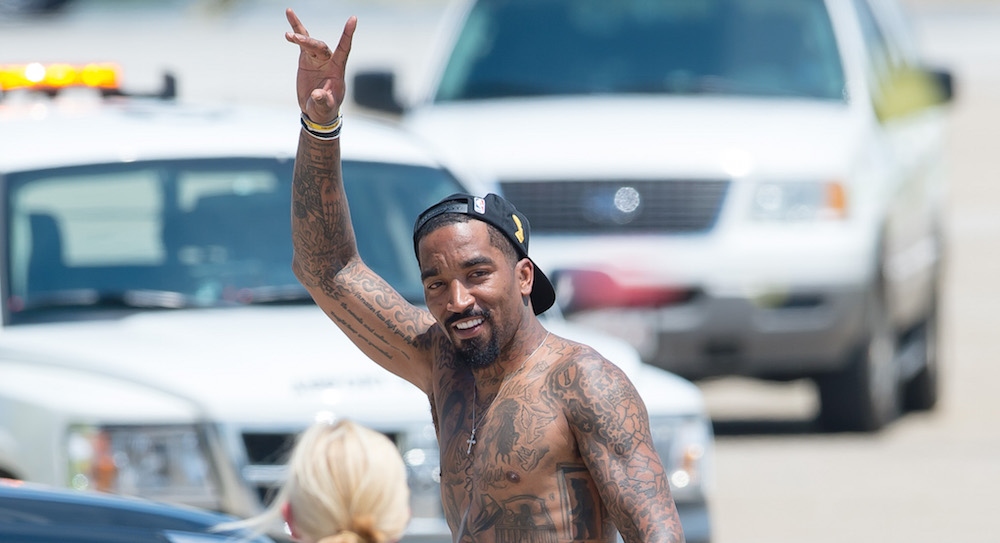 That night, the team celebrated in Vegas with a party that included, among other things, J.R. Smith dumping champagne on a stranger. Sunday night the Cleveland Cavaliers made history with a victory over the Golden State Warriors in Game Seven of the NBA Championship.

The next day Smith woke up without a shirt. And he continued on through the first half of this week without one.

He arrived in Cleveland with no shirt.

He attended the Cavs victory parade, again with no shirt.

What happened to J.R. Smith’s shirts?

Are they all thrown into one sticky, champagne-soaked pile on the floor of a master suite in the Wynn hotel and casino?

Did he trade them all for LeBron’s “Ultimate Warrior” T-shirt, which he has yet to receive because it’s on backorder right now?

Whatever the reason for the extended shirtlessness, it was briefly interrupted earlier this morning at approximately 10:46 a.m.

It just doesn’t feelrepliques montres right. Who briefly attempted to clothe J.R. Smith? This person must be found and reprimanded.