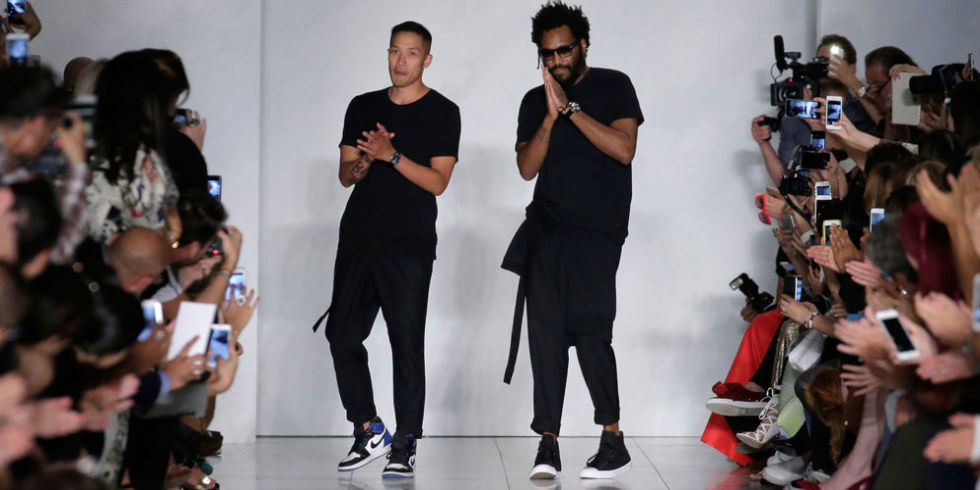 It’s only the second time in the French luxury conglomerate’s 30-year history that one of its fashion brands has been sold. This morning, LVMH officially announced it would be selling Donna Karan International to New York apparel group G-III, just one year after designer Donna Karan stepped down from her namesake label.

G-III, a manufacturing and licensing company that holds licenses for Calvin Klein, Tommy Hilfiger, Karl Lagerfeld, Vince Camuto, Levi’s, and more acquired the label for $650 million. Donna Karan International is comprised of the Donna Karan label (which has halted production since Karan’s exit) and DKNY, helmed by Public School designers Dao-Yi Chow and Maxwell Osborne since last year. LVMH has owned the Donna Karan labels since acquiring them back in 2001 for $643 million.

“We believe the DKNY brand has a dynamic position in the market, and when G-III approached us about acquiring the brand, we concluded that the time was right and that G-III was the right steward going forward,” Toni Belloni, managing director at LVMH, said in a statement.

The $650 million deal is expected to close late 2016 or early 2017 and could mean not only exciting replica watches
things for the DKNY label, but also for the revival of the Donna Karan collection.