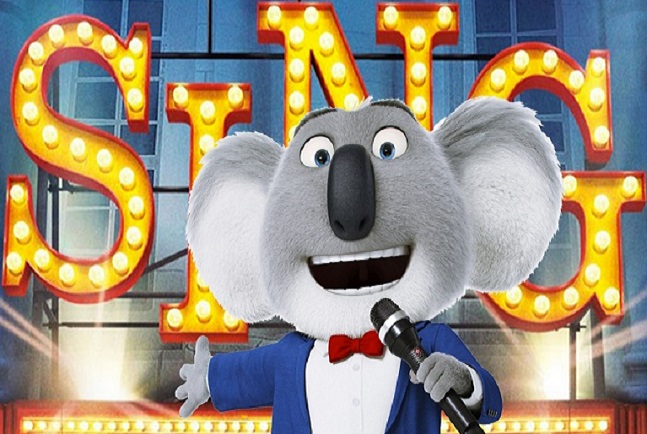 There’s a moment at the beginning of the new movie Sing where Buster Moon (the Koala bear voiced by Matthew McConaughey) remembers how he fell in love with theater. He is watching a performance by the great diva Nana Noodleman (a sheep voiced in her early years by Jennifer Hudson) with his father and sees the power that a master performer can have over her audience. But now that Moon is an adult, the owner of the very theater where Noodleman once performed, she is not the kind of act that will bring in the audience he needs to save the operation

On the contrary, just like a network executive with a union actor who wants too much money, Buster Moon decides instead of hiring amateurs. Specifically, he decided to hold a talent contest. Even though he offers a lot of bonuses (as it turns out he does not), it’s not really money to bring animals to the zoo to try for his show. For most people, it seems that the Moon program is just an opportunity for the audience to sing, and a well-known opportunity.

If you’ve spent any time watching American Idol or The Voice, Buster Moon’s strategy will seem very familiar. First, amateur shows don’t cost much, relatively speaking, to produce. Though the shows did have to pay judges, the first ones weren’t celebrities—no one had ever heard of Simon Cowell and Paula Abdul’s career had long been over—and probably didn’t need the kind of compensation that Miley Cyrus and Blake Shelton do today. The contestants got a recording deal, of course, but the real prize was the exposure to millions of viewers.

The question is why audiences would rather watch a bunch of no-name singers than, say, Alicia Keyes, another one of this season’s judges on The Voice. In part, it’s because the shows spend at least as much time telling us the back-stories of the contestants as they do on the actual singing. We are completely invested in the contestants by the time they take the stage.

What Sing does so cleverly is to mine the genre for material. There’s the pig who is a stay-at-home mother and has put her own ambitions on hold for her family. And the elephant who lacks confidence in her own abilities but when she opens up her mouth everyone is amazed. There is the smooth and overconfident Sinatra-singing mouse who has a softer side and even a teenage porcupine who is growing up before our eyes. There is even the gorilla from tough circumstances pursuing music even though his family has discouraged him. (This last character has spawned a predictable PC backlash because the gorillas are all gang members, some of whom end up in prison).

The last scenario (hard knock background, big dreams) has become such a good way to garner audience sympathy that the Food Network occasionally uses ex-cons as contestants on its cooking shows. Guy’s Grocery Games seems more compelling when you find out the chefs learned how to cook behind bars.

Moon is just the right combination of compassionate producer—encouraging performers to give it their all—and hard-nosed salesman. He pairs the boring pig mom with a dancing pig in a gold body suit—“Major piggy power!”

Drama and TV may never return to the past when Nana Noodleman-when the audience just wanted to see the professionals. American Idol’s success and voice and “Dancing with the Stars” and other reality shows show Americans prefer to watch “ordinary” people struggling and successful people (or animals) to polish and pay. It’s on all nemesis satellites.