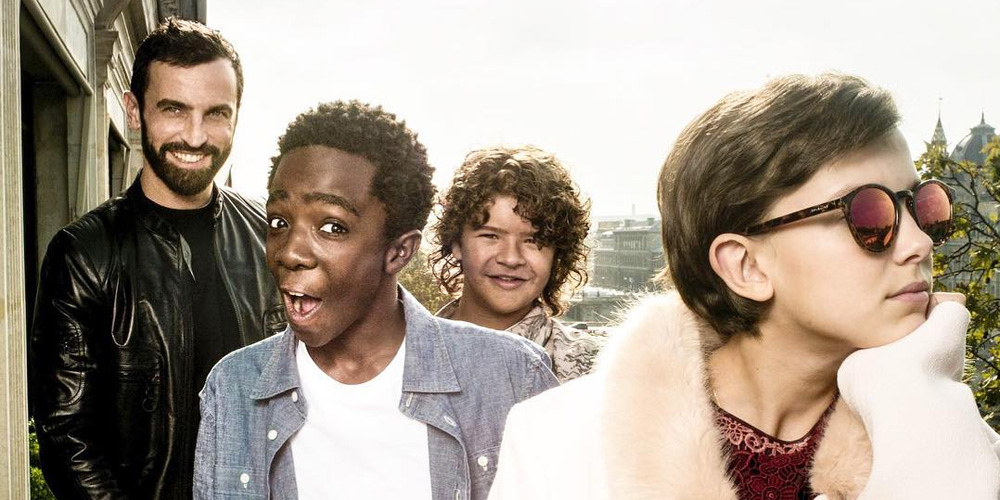 In a recent post, Ghesquiere posed with three of Stranger Thing‘s extremely popular sub-14-year-old stars—Millie Bobby Brown, Caleb McLaughlin, and Gaten Matarazzo—and teased, “Such a fun day and exciting project coming up thanks to all of you guys.”

Could it be that the young stars of Netflix’s breakout hit are about to appear in Louis Vuitton’s next ad campaign? That’s what the rumor mill is currently theorizing, and we’re not ones to dump cold water on a great theory.

So to put those kids together with one of the most exciting luxury brands on the market right now (i.e. one that creates ad campaigns with Jaden Smith rocking a dress) would be just the right type of move to truly blow our minds.

Fingers crossed that Ghesquiere isn’t messing with us. That would be too cruel to endure.