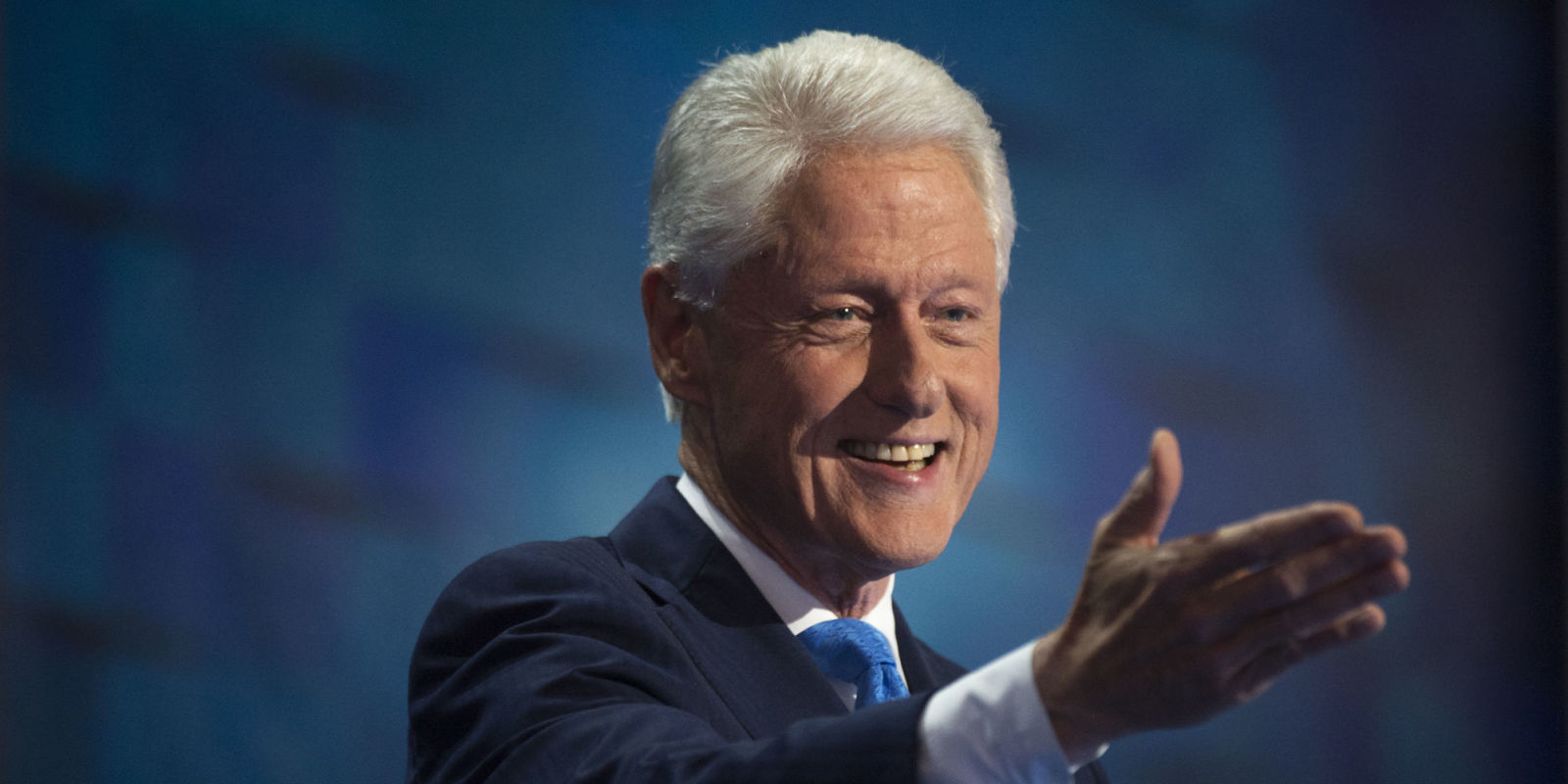 (No. We cannot take a moment. In the context of this massively important political event, reducing a major player in Hillary’s campaign to his fashion choices alone is absurd and at least a little bit disrespectful. But screw it. That’s what we do with candidates’ wives all the time. Why not get the husbands in on the game?)

On Tuesday night, Hillary Clinton made history, securing the nomination for president from a major political party and taking one step closer to the White House. But can we take a moment to talk about her husband, Bill, who stole the show in that eye-grabbing getup?

Bill took the stage in Philadelphia in a three-button suit, a style more traditional than the two-button approach favored by many politicians of the current generation. The jacket accentuated his figure while leaving much to the imagination, as is appropriate for a man of his years.

(Let me remind you this man is married to the potential leader of the free world. And we’re talking about his figure. Totally reasonable!)

The jacket was a nod back to the previous Clinton era—a little naughty and a little nice—one that reminds us of what last night was all about: Bill’s fashion choices.

Bill surprised us a second time with the cut of his trousers. Heads turned at the fuller silhouette, a daring departure from today’s slimmer fits. And that cerulean blue tie! It complimented his eyes in a lovely manner while drawing attention to the tidy windsor knot. Well done, Bill.

And finally, the accent piece, a Shinola wrist watch sported by gentlemen and presidents alike. Fitting for a man who could be both, should he not get distracted.

(Bill will do whatever the hell it takes to support Hillary, up to and including wearing a watch. Such commitment.)

What was his speech about, you ask? I haven’t the faintest idea.