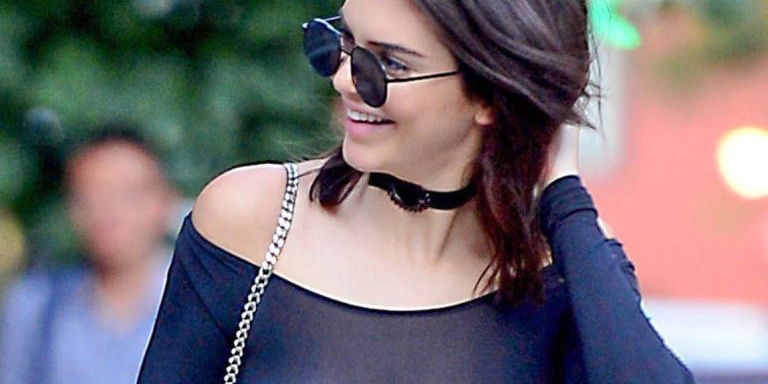 But last night was special. Because last night, Kendall stepped out in New York City with her girls (and her other girls, Gigi Hadid and Hailey Baldwin) wearing a transparent bodysuit that she styled without a bra.  This is the summer of see-through clothing, and there’s no better ambassador for the trend than Kendall Jenner, who has been known to go sheer now and then.

She posed playfully with Gigi, and posted the results on Instagram.

The Hollywood scions and it girls coordinated in black and blue, but it was Kendall who stole all the eyeballs with her almost-topless look.

There was no hiding that nipple piercing, or anything else really, which is bold even for Kendall. Now we’ll just have to wait to see what the rest of the summer holds.