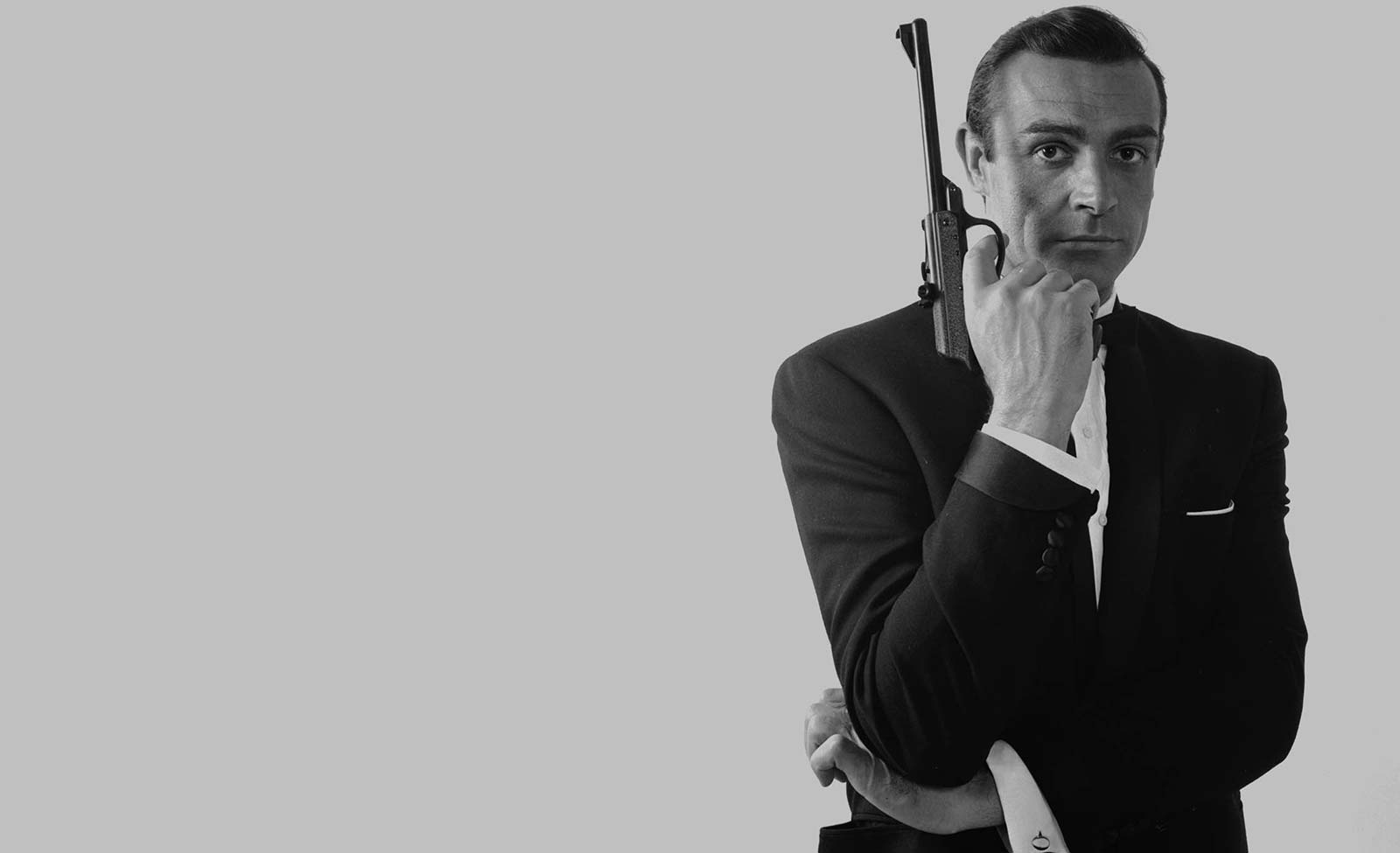 Over the decades, James Bond has captured the public’s imagination in a way that few fictional characters have. Some guys look in the mirror and imagine they look like him. Many men want to emulate his grace under pressure, and lots of dudes try to dress like him.

Bond debuted in a 1953 Ian Fleming novel and later made his first big-screen appearance in 1962’s “Dr. No.” Since then, several actors have put on a James Bond suit. Each has offered a winning, yet slightly different style.

Below is a guide to four of those actors and their apparel. We mean no offense to fans of the talented David Niven, George Lazenby and Timothy Dalton; we’re just focusing on those who had a license to kill in more than a few films.

In any event, if a certain James Bond suit or look has always intrigued you, maybe you’ll now be inspired to give it a whirl.

When Sean Connery portrayed Bond between 1962 and 1967, he set an exceptionally high fashion standard for the world’s favorite spy. Anthony Sinclair crafted the suits for those movies at the request of “Dr. No” director Terence Young. Sinclair was Young’s own tailor.

Meanwhile, Turnbull & Asser, the esteemed clothing company that opened in London in 1885, created double cuffed shirts for the films.

One of Connery’s most famous get-ups was the three-piece, Glen Urquhart check suit he wore in “Goldfinger.” When Connery returned to the Bond role in 1971’s “Diamonds Are Forever,” he helped usher in 1970s menswear. His suit’s wider flaps and lapels really distinguished it from 1960s garb.

The Anthony Sinclair brand lives on today as a division of Mason & Sons.

Although Sean Connery’s Bond shoes were tough to fill, Roger Moore ably played 007 from 1973 to 1985. Moore’s Bond was truly self-possessed, yet he had a devilish sense of humor.

Looking at Moore’s Bond clothes now, some people may find them a little dated. For sure, they were products of a distinct time. The pants were wide; the lapels were wider still. Fashion trends often go in cycles, though, and Moore’s suits could someday come back in a big way. But will his pocket-strewn safari jacket ever be in style again? That’s anyone’s guess.

Douglas Hayward created many of Moore’s celebrated suits. Hayward established a bespoke shop in London in 1966, and he always strove to design the finest possible suits for a wide range of body types. He died in 2008, but his shop endures.

The Irish Pierce Brosnan gave the world a James Bond who favored Brioni suits. This Italian men’s fashion company sells clothing through a variety of fine retailers. Brioni suits are especially beloved by business executives and celebrities. They’re definitely costly, but they’re exquisite, and how can you put a price on looking and feeling like 007? Even if you just spring for a Brioni cotton shirt with blue stripes, you’ll still capture some of that James Bond essence.

Brosnan’s secret agent might have been a bit more thoughtful and laid back than his predecessors. Appropriately, then, this Bond did his spying in roomy, comfortable clothing. He also rocked a tan suit in “The World Is Not Enough” that may or may not appeal to you.

As the latest James Bond, Daniel Craig has created a sensation with his super tough, all business, slightly menacing portrayal.

Craig wears suits from Tom Ford that fit his no-nonsense approach to the character. Yes, they’re attractive, but they don’t necessarily call attention to themselves, and no accessory stands out in a distracting way. The suits are slim and they fit well. They’re conservative, and like Bond himself, they get the job done with great efficiency.

For his part, Tom Ford grew up in New Mexico, moved to Milan to work at Gucci and created his own company in 2006, the year the first Daniel Craig Bond movie came out. Maybe it was fate. These days, the name Tom Ford is synonymous with alluring sophistication and top-notch craftsmanship.

Perhaps the most daring item that Craig donned as Bond was the dark peacoat from designer Billy Reid that he wore in “Skyfall.” Craig discovered that coat himself and asked to show it off in the movie. Billy Reid still sells it, and it’s no surprise that the film made it a hit.

Whichever actor’s fashion sense you most want to copy, no James Bond wardrobe is complete without tailored navy and gray wool suits, Omega watches, cream-colored dinner jackets and, for more casual outings, black turtleneck shirts and leather jackets from Armani or Levi. Pocket squares are crucial, too. To really be like Bond, you’ll want 1.4 inches of your pocket square to show.

Above all, whenever you’re selecting a tuxedo, stick to black and white ― no other colors ― and be sure that you have either mother-of-pearl buttons or studs. Overall, a James Bond suit is fairly simple but executed to old-fashioned perfection. And, of course, it’s always worn with supreme confidence. Enjoy those shaken martinis.