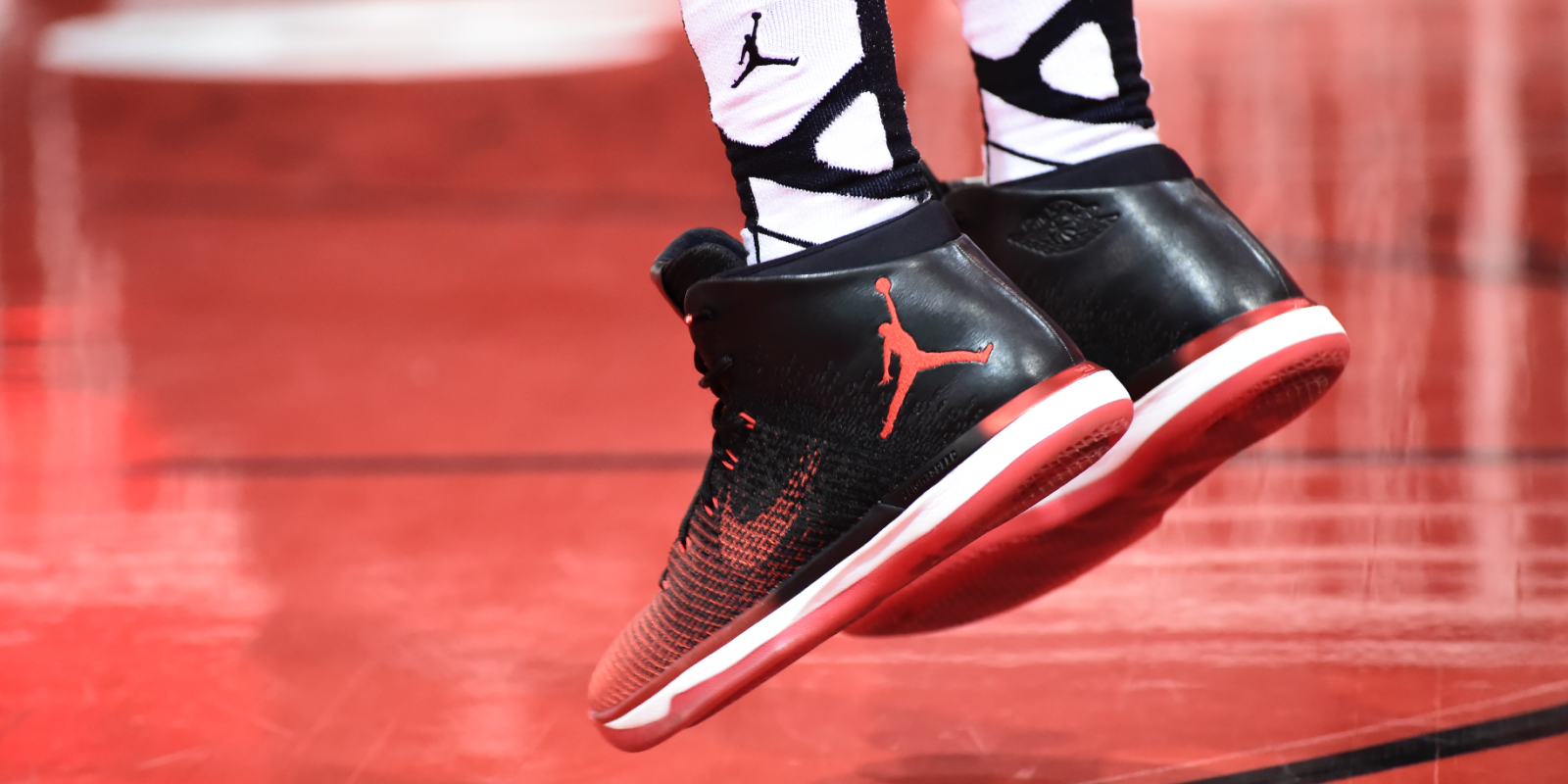 Let’s get to know the  Air Jordan XXXI .

Yes, the Air Jordan 1 is responsible for sneaker culture’s existence outside the gym. But here’s the thing: It was created, quite literally, with the court in mind.

30 shoes later, Jordan Brand is paying homage to its roots with the XXXI, a technical basketball shoe that stays true to what MJ himself first had in mind, while not losing its ability to be worn on the street. Last night, at New York City’s Terminal 23 facility, I had a chance to test it out on the court.

The author, who, for the record, cannot dunk. Even in Air Jordans.

Gathered in the middle of the floor before we started playing, we were all asked to describe how the shoes felt on our feet. “Cozy,” one guy said. “Bouncy,” said another. The latter is what most people hope for in a basketball shoe: something that makes you feel like you’re running faster and jumping higher. The former is something I would have never described a basketball shoe as until last night.

When tied, the XXXI feels snug, but soft. Standing still, you’re comfortable enough to feel like your foot can breath, but once you start moving is when it really shines. Basketball is a game of quick cuts. In the wrong shoes, that means blister nightmares.

Changing directions in a shoe like the ones I would have worn in high school 10 years ago can be painful—and dangerous to more than just your feet. Doing so in the XXXI feels more like bouncing off of a trampoline than pushing off of a brick wall.

The author on the move. No ankles were damaged in the process of this wear test.

In terms of having the court in mind, the XXXI’s silhouette not only has the look of the inaugural J’s, it has the feel, too. For a guy that defied gravity so often, Jordan liked to feel close to the ground. Hence the AJ1’s lower, flatter sole. The XXXI is similar—you can really feel the court beneath you.

But because it’s 2016 and not 1984, this shoe features a whole lot more technology in that inch between your foot and the floor. The result is the spring in your step that my aforementioned teammate described as “bouncy.” On-court assistance aside—this is an attractive shoe. It’s low-profile color-blocking is a nod to its ancestor, and it has just enough pop to continue Jordan’s tradition of turning heads.

In Anderson .Paak’s song “Carry Me” the hip-hop artist describes getting his first pair of Jordans at age 6. “Momma can you carry me,” the line repeated in the chorus, refers to his fear of exposing his new shoes to the elements. Until last night, I shared his sentiment in regard to my own collection.

Every other pair of Air Jordans I own sits gently in its box, only to be taken out and worn on the most pristine of days in order to avoid any sort of scuffs or scrapes or dirt.

There will be nothing gentle about the way I treat these shoes. I want to wear the hell out of them. I want to play basketball in them.