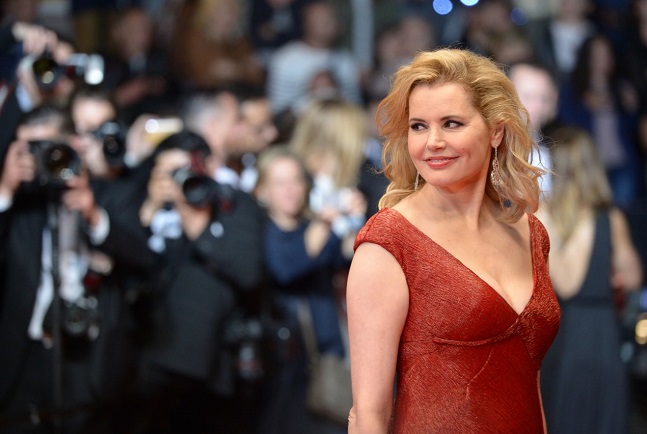 I believe it is too late, the great Audrey Hepburn said: “I learned everything I learned from the movie.” Treasuring the exaggeration of the factors that give our culture obsessed with watching movies, Ms. Hepburn The comment is not too far off topic. For better and worse, the film and television entertainment media educate American youth in the past century.

Do not believe me? Actress Gina Davis has statistics to prove this!

In an open letter to “The Ruler” in Hollywood, Ms. Davis made her cast-quotas in the television and film sex quotas for reasons that she claimed would equalize the competitive environment for women to break glass ceilings.

The outcome of the recent presidential election has left many of us shocked and scared. We wonder how this could have happened. What do we tell our kids? How can we explain the depth of misogyny and bigotry in our culture, both the overt and the passively tolerated? Most importantly, what can we do to counteract it?

Movies and TV are artistic expressions, meant to entertain; I am not talking about adding a message. I’m asking you to take out the message in so much of children’s media, even for the youngest kids: that women and girls are less important than men and boys because they do less and there are far less of them. It’s creating unconscious gender bias from the beginning that’s nearly impossible to reverse because we don’t even know we have it.

My message always has been that gender inequality in entertainment can be fixed overnight. It doesn’t have to be done in stages or phases. The next movie or TV show you make can be gender-balanced with diverse females as leads, supporting characters and extras. We can easily create worlds where women are half of the characters and do half of the interesting things.

So, according to Ms. Davis, the best way to avoid “adding a message” is to coerce producers, networks, and studios to arbitrarily add female characters to their shows, in effect telling them to compromise their artistic vision for the sake of ideology?

During the 2005-2006 television season, Davis portrayed a female president in the ABC drama, Commander in Chief. Since that time, she has taken up the public mantle of gender equality in Hollywood. But with Donald Trump’s presidency looming on the horizon, the outspoken progressive Davis wants to turn her cause into a politically correct crusade.

I agree with Davis when she points out that the words and images children consume on screen have an impact on their worldview. How could they not? It’s why religious parents encourage their children to read and memorize the Bible. It’s why athletes watch countless hours of game film. It’s how many a young person has started her first band after learning to play guitar by listening to the same album for hours on end. We are what we eat, watch, read, and listen to. There is profound wisdom in the statement, “For the mouth speaks what the heart is full of.”

But while Ms. Davis and I are correct in pointing out the undeniable influence that pop culture can have, where we part ways is in the lopsided, authoritative weight she ascribes to media. After posing the question, “What do we tell our kids?” Davis goes on to spend the rest of her piece making the case that we need total strangers who run networks or studios to tell us what we should say to our kids, and, in effect, to do our parenting for us.

Even if Trump and his supporters are a woman of disgust, bewildered bastards, Davis claims that this makes the concept of the work of your life a gender quota in entertainment does not look like the best deal with this crisis.

There has never been more opportunities for free artists to create and distribute their jobs, and recent elections show that there has never been so many celebrities out so enthusiastically supporting presidential candidates. Gina Davis and her people in Hollywood do not understand it this way: Hillary Clinton did not lose because there was not enough fake President on TV. She lost because she was a weak candidate for the campaign bad one.

Every celebrity is entitled to defend his or her personal reasons. But American parents will hurt their children if they listen to people like Gina Davis.

Improve the child’s good values. Teach them methods of problem and open mind, willing to understand-demonize their opponents. And encourage them to spend more time in the real world, not just staring at the screen. After all, they should not watch too much TV.