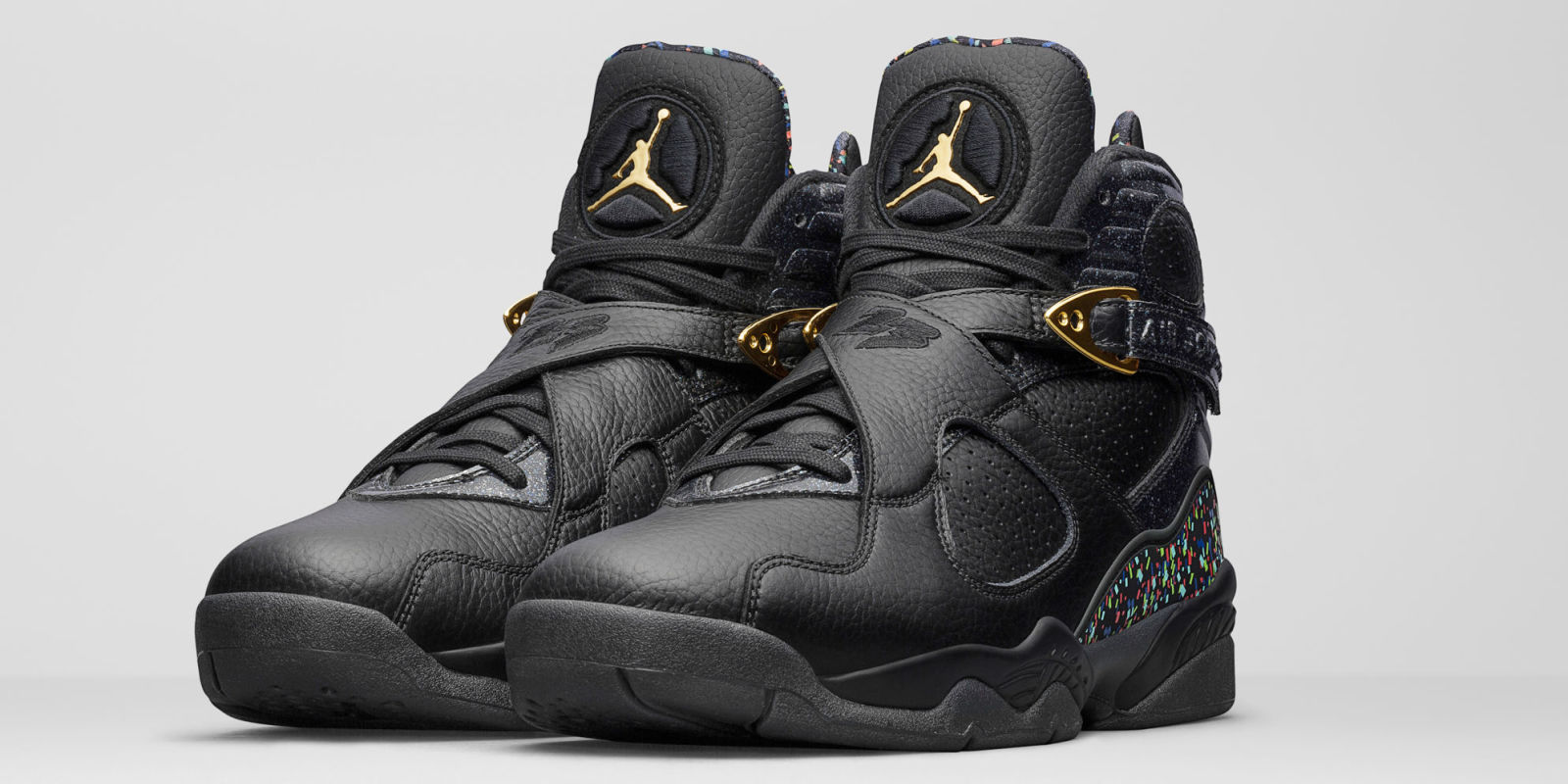 This is something you should care about—and we’ll tell you why. File this under news you didn’t think you’d read or care about today: Fat Joe’s sneakers were stolen is Las Vegas.

First, some background: As we already told you, this past weekend Air Jordan released a pack of two Jordan VIII sneakers inspired by trophies and confetti to celebrate the end of the NBA season. Jordan went ahead and made a couple of custom pairs just for Fat Joe, which are referred to as “Player Exclusives” (PEs), a designation and honor normally reserved for players on the court.

Don’t try this at home. I do this. 1of1 #allthewayup#betawards love for my jordan family @jumpman23 @heirmj523 & Reggie!

Under Armour Is Desperately Trying to Save Itself…

Neymar Jr. Is the First Soccer Player to Get His…

The sneakers were almost identical to the originals, except with “TS” patches on the tongues for “Terror Squad,” the hip-hop collective that Fat Joe heads up. Jordan also threw on custom lace deubrés depicting his face.

Joe went on to wear the “Trophy” pair to the BET Awards, and then (presumably) kept them on his feet afterwards. He packed the “Confetti” version into the bag that he checked at the airport before his flight.

Ok look. These were mine for a couple hours. damn baggage claim stole them in Vegas. I don’t blame you they are 1of1. sorry Reggie I guess I gotta charge it to the game #teamjordan #allthewayup #ripconfettis

As sad as it is for anyone to lose their belongings, this is a warning to all of us: Don’t check your priceless items. You never know who’s going to put his hands on your bag, and zippers are not a worthy opponent even to a pen. Seriously: Check out this video that shows how anyone can break into a zippered bag with a drugstore pen and seal it back up as if nothing happened.

Compound that trouble with a fancy bag that attracts attention, and you’re bound to lose something.

To most people stealing shoes might seem like strange behavior, but PEs fetch an incredible amount of money from collectors. Sneakers like the ones Fat Joe lost can go for thousands of dollars per pair when they hit the secondary market. Just last year an international outfit that was trading on the sneaker gray market got taken down—resulting in the conviction of three men who are headed to prison.

Finally, if you’re not super deep into Air Jordan, you might have missed a special call out in Fat Joe’s Instagram post: He said, “[S]orry Reggie I guess I gotta charge it to the game.” He’s apologizing to Reggie Saunders, Jordan Brand’s head of entertainment marketing.

Sorry Reggie I guess I gotta charge it to the game.

Reggie is the guy who gives all the celebrities their Jordans, and definitely the dude who made sure Fat Joe was laced right on Sunday night. You know someone is legit when he’s thanking “Reg” or “Reggie” in his Jordan Instagrams. This is a guy you want to know and want to be your friend.

But don’t try DMing him to get pairs. You’ll get nowhere. Take it from someone who knows.