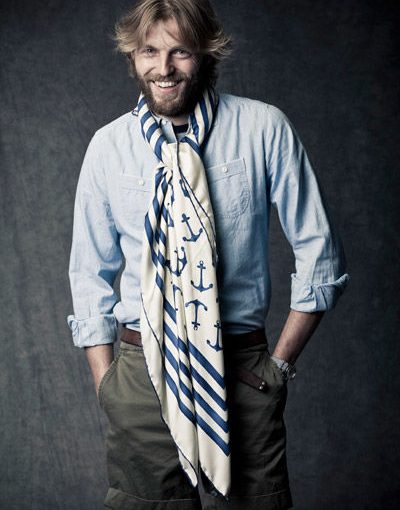 When we mentioned about some famous brands in Paris, we always refer to Louis Vuitton, Christian Dior, Givenchy and so on. These brands has always been the hottest fashion, but there are some brands out now.
Beyond the high fashion world there’s a grip of up-and-coming streetwear labels that are worth checking out, as well as a few brands that have been doing their thing for years, but only now getting their proper shine. Before everyone starts jacking their swag, become an early adopter. Here are The 10 Coolest French Brands Out Now. 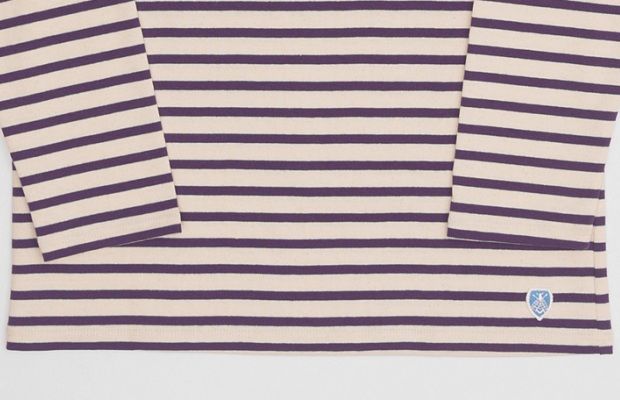 While everyone and their mother is rocking a Saint James Breton stripe shirt these days, Orcival has remained relatively under the radar. Although their garments are still made in France, it seems the brand is usually only available in Japanese stores like Big American Shop. They came on our radar last year when we noticed Present London started carrying them, and their multicolor stripe shirts and other unconventional colorways is why we think they’re worth keeping an eye on. 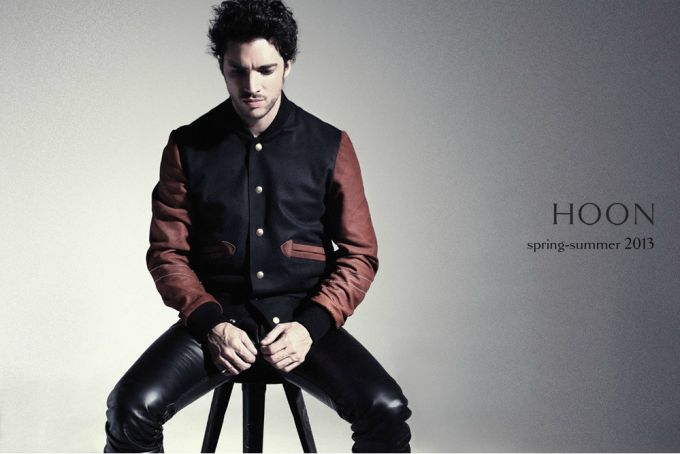 Founded in 2005, Adrien Haddad first started making high-end jewelry, before a 2009 partnershp with Thibault Dollet led to taking Haddad’s eye for detail and craftsmanship, and focusing it on leather and outerwear. The result are superbly tailored jackets that draw on classic silhouettes like varsities, bombers, and café racer styles, but interpreted with a modern edge. Made in Parisian factories, the line also touts some of the best handiwork French workshops have to offer.
Cuisse de Grenouille
Cuisse de Grenouille’s name means “Frog Legs,” and was founded in 2010 by two brothers, Lucas and Séverin. They took their inspirations of surfing, cinema, and fashion and channeled them into a line of urban-minded surf accessories. Their two-tone board shorts have an old-school feel and are crafted in Italy. The collection is rounded out by accessories like multicolor knit ties and breezy, dyed summer scarves. 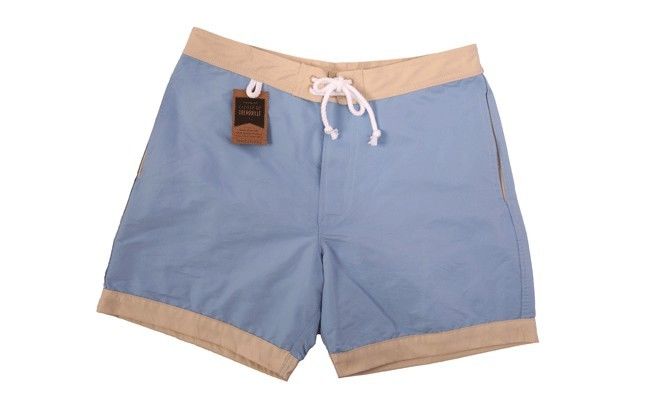 Lyon-based designers Laurent and Marc proudly manufacture all of their gear in France. Shirts are made in Pays de la Loire, while bottoms are made in Nord Pas-de-Calais. There’s a distinct workwear inspired look to the clothing, which combines classic chore jackets with items like popover shirts, brick red anoraks, and overdyed Breton-stripe pullovers. It’s about as close as you can get to a French heritage label. 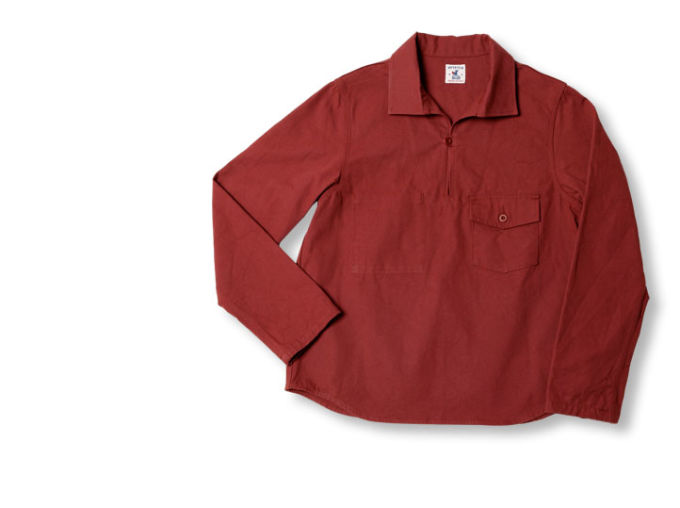 Taking its name from the piers that house its workshops, Quai de Valmy’s well-edited collection of hard-wearing jackets balance a need for protection from French winters and a need to remain stylish. Using fabrics like leather and suede, blazers, button downs, and windbreakers get a luxurious makeover, taking basics to a different level. 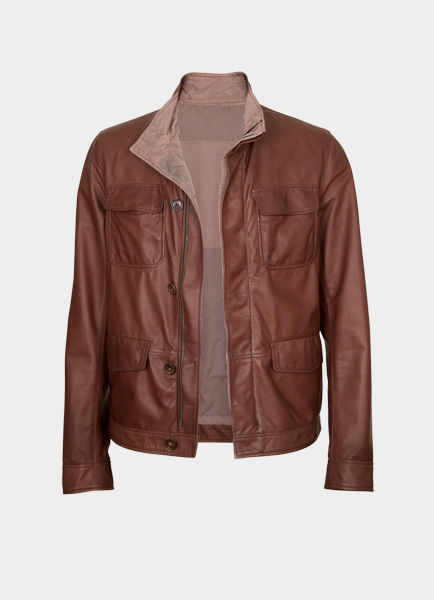 études is a full-on art collective, and not just a label. Established this year by French artists Aurélien Arbet and Jérémie Egry, the clothing label started out as Hixsept before getting rebranded into its current incarnation. A mix of menswear staples with a streetwear sensibility, button downs are given wild all-over prints, and caps get a similar treatment — getting dyed in interesting ways and using materials like multicolor suede panels. In addition to clothing, the études Studio also boasts a publishing house and creative services… but we really kind of need those hats. 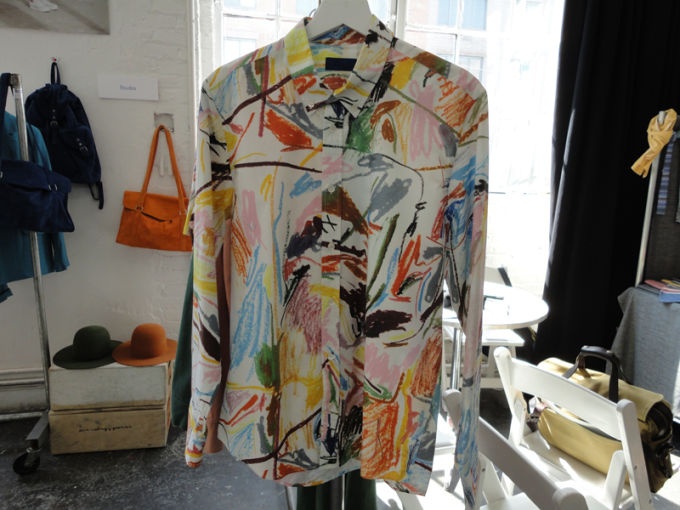 Pierre Mahéo’s lifestyle brand, Officine General, takes its inspiration from his experience in the fashion industry. He cut his teeth working for a French tailoring firm, and also worked for other Italian and French fashion groups. This taught him all about the hand-finished details and superior materials that set apart superior menswear to ordinary clothing. In his collection, this is shown through dip-dyed ombré pocket tees, selvedge details on pockets, the perfect olive leather blouson, and a washed chambray shirt that looks rugged yet extremely comfortable.
Maison Kitsuné
Actually a decade old, Maison Kitsuné is a record and fashion label that was founded in 2002 by Gildas Loa?c and Masaya Kuroki. This year, it’s been blowing up, opening its first New York store and getting all sorts of attention for its West Coast-inspired spring collection, and keeping the hype going with a cycling-inspired fall collection. Its name is taken from the French word for fox, and the clothing is pretty sly itself, luxury goods that are their own best kept secret. Yes, the prices are pretty up there, but when you need the perfect pair of washed Japanese denim, or a meticulously tailored linen blazer, this is the place to go. It’s almost like the shop rich people would shop at to look like they don’t drop thousands of dollars on every outfit — even though they do.
Brooklyn We Go Hard (BWGH)
Make no mistake, BWGH is going to be huge. The art collective took its name from its first collection: a series of graphic T-shirts featuring photographs taken by Brooklyn artists. Since then, it’s dropped an item that’s gained a cult following, a sweatshirt with a chenille “BROOKLYN PARLEZ FRANCAIS” on the front. Seen on rappers like Kid Cudi, the item’s gained the brand placement in premium boutiques like Colette and Opening Ceremony, thanks to exclusive collabs that put their own play on the phrase. Far from a one-hit wonder, BWGH recently debuted its new collection of shirts and pants, that play with contrast fabrics on button downs. At Capsule, a paneled suede jacket caught our eye, and made us want it instantly. 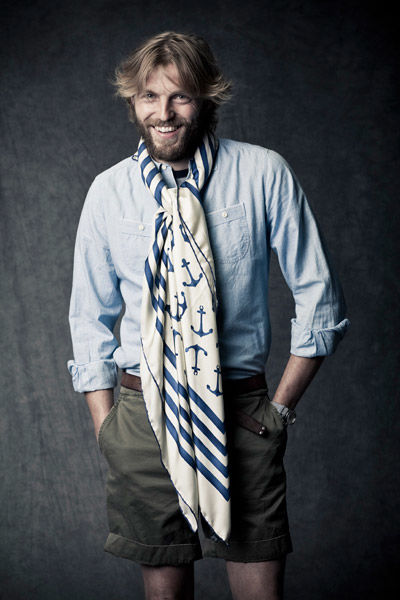 PIGALLE is named after a section of France that’s famous for being a haven for sex shops and hookers. It’s also where founder Stephane Ashpool grew up. The gear is so exclusive you apparently have to go to the French shop to buy it —not that it’s stopped jet-setting cool guys and rappers like A$AP Rocky from rocking it proudly. When we interviewed him, he even said: “We don’t sell PIGALLE to everyone that shows up. Definitely we prefer small and good, rather than big and bad. It’s our mentality and we are planning on keeping it.” This sub rosa approach has given the brand streetwear cult status, and made it seem like PIGALLE gear is Paris’ answer to Supreme’s box logo. Good luck getting your hands on some.