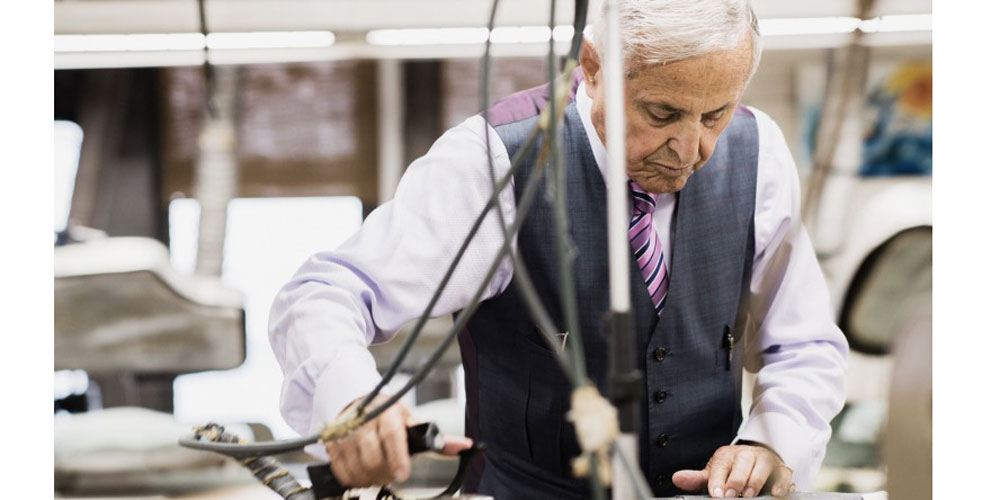 Available starting today at J. Crew’s Ludlow Shop in New York, as well as online, is the Martin Greenfield for J. Crew Ludlow suit, which comes in both navy and charcoal glen plaid. It’s a limited edition suit that’s made entirely by hand at Greenfield’s Brooklyn factory. It’s also constructed of wool that comes from the American Woolen Company in Stafford Connecticut, which means that it’s made entirely here in the U.S.A..

Greenfield, who’s been hand-making suits for 60 years now, collaborated with J. Crew in order to offer his meticulously-crafted designs to a new generation who have discovered the power of a well-tailored suit. “Today, people are interested in a shorter, slimmer jacket and a suit that fits closer to the body, so it makes sense that they would come to us,” Greenfield explains. “It’s a look that lends itself to a handmade suit.”

And while the Martin Greenfield version, which is based on the signature Ludlow cut, comes in at a higher price point than a standard Ludlow ($1,250 as opposed to $650), the fact that it’s handmade entirely on these shores means it’s still a bargain. If you want one though, you’d better act fast. These won’t be around for long.