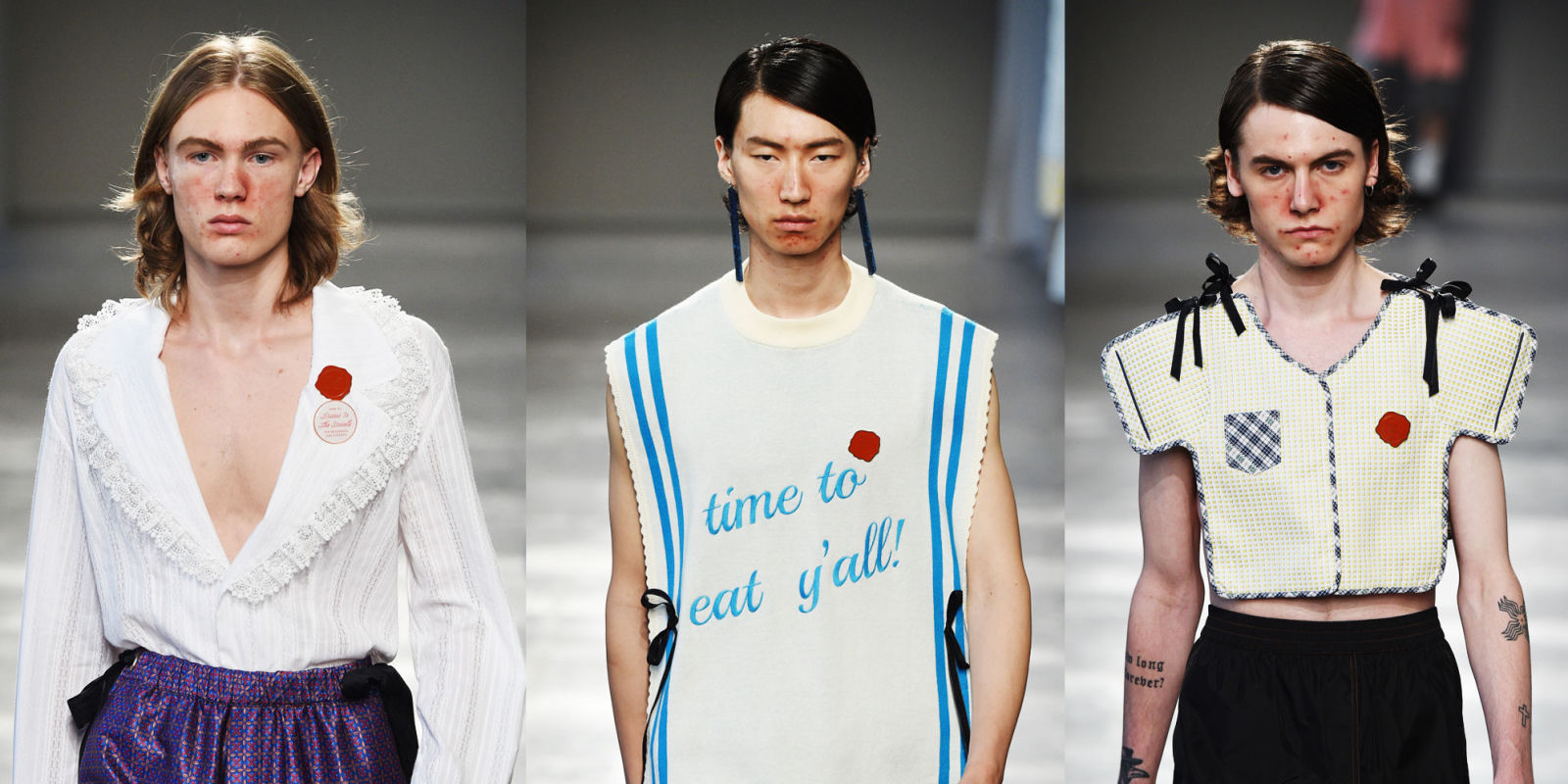 The color scheme was similarly confectionary: icing pinks and mint greens abounded.  During Milan Fashion Week, Malaysian designer Moto Guo sent a bunch of male (and a few female) models down the runway wearing ruffles and frills and a few shirts that looked more like two shirt-shaped cookies tied together with ribbon.

It was weird—intentionally so. Still, it wasn’t the clothes that caught everyone’s attention. That honor went to the makeup, which WWD called “nerdy grooming” but would be more accurately described as a bunch of fake pimples crafted by makeup artist Roberta Betti:

Pimples and rashes are in fashion Now!!! This is the make-up created by me @Motoguo ! #maccosmetics #macbackstage #mfw #motoguo #lovemyjob

How to Be the Most Stylish Dad in Any Room

Here’s Yet Another Reason to Dress More Like Jeff…

One of the Best Affordable Men’s Stores Is About…

14 Style Lessons from the Men of the CFDA Awards

Listen, I get it: Fashion shows are, by their very nature, theatrical. That’s a good thing! At their best, they can transport an audience and shift perspectives. But, like all theater, they can also veer into silliness.

This makeup is silly.

Acne isn’t suddenly trendy, like some would (hopefully jokingly) have you believe. And while I’m almost with the folks at Refinery29 when they say that Guo’s decision to send models without picture-perfect clear skin down the runway was a real step towards a more inclusive fashion world, I just can’t get there.

This isn’t a matter of a designer presenting people as they are, pimples and all. It’s a matter of crafting artificial rashes and spots as part of the presentation of a knowingly off-kilter collection of clothes. It’s not inclusion, and it’s not a move away from an often over-airbrushed industry. It’s a gimmick at best; at worst it’s a calculated PR stunt designed to capitalize on the reaction to a fake version of a real condition that affects around 50 million Americans.

Maybe I’m being cynical. Maybe Moto Guo, living in a self-constructed world of gingerbread-house clothes and pimply models, is really trying to break down walls.

We’ve reached out to Moto Guo for comment and will update accordingly.