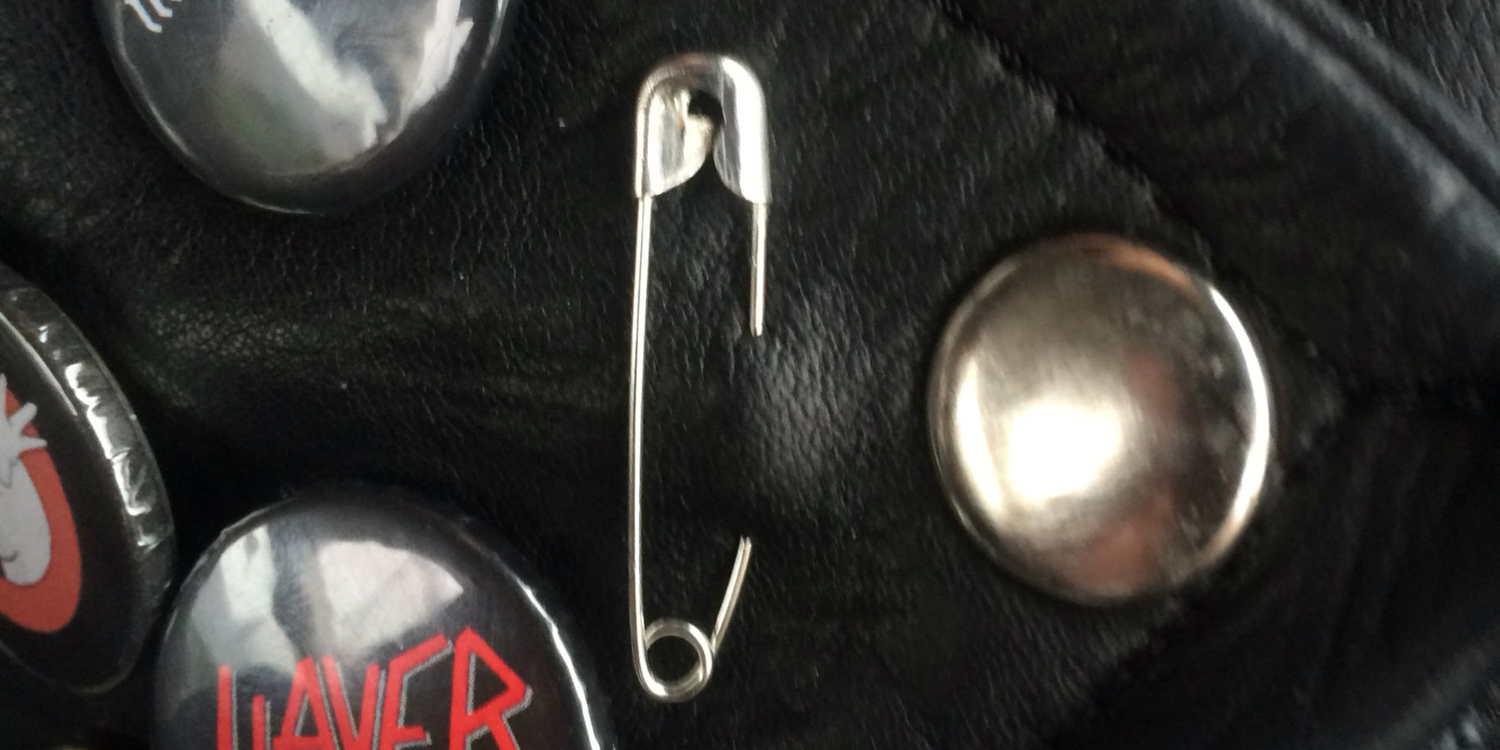 If you’re planning a trip to the UK to take advantage of the newly beneficial exchange rate, you’re not alone. The tanking pound means travel expenses are way down, and you’re probably going to be able to find a few relative steals in the store, as well. Which is great—at least for the short term.

I am a son of immigrant parents. I don’t tolerate discrimination of any kind. We are stronger together. #SafetyPin pic.twitter.com/MU2irupHWV

Here’s the bad news: This is all the result of political machinations far beyond the changing value of a Burberry trench. Brexit has sparked international uncertainty and exposed a particularly unsavory stripe of British xenophobia and violence.

But some Britons are fighting back in style, wearing safety pins to show their solidarity:

EU citizens and immigrants: you’re safe around me. #safetypin pic.twitter.com/lAL5JoxQfe

With Brexit’s anti-migrant underpinnings and the uptick in abuse—both physical and verbal—of those who either are or simply look like they’re from outside the UK, it’s understandable that immigrants might feel like anyone is a potential enemy.

Wearing a #safetypin to show solidarity with EU citizens and immigrants here in the UK. #youarewelcomehere pic.twitter.com/dQ0sukN9t5

It’s simple: Wear a safety pin to show that you’re a friend to immigrants and stand in solidarity with them. And it’s having a powerful effect:

A Polish woman saw my solidarity #SafetyPin and hugged me.

A woman just hugged me in Tesco because I’m wearing a #SafetyPin. #ReasonsToBeCheerful #HopeNotHate

Today, a Latvian man saw my solidarity #SafetyPin and burst into tears. “You are good person,” he said. He hugged me, and we wept openly.

The whole thing started with a woman named Allison, an American living in London who tweeted the following:

So I have an idea similar to #ridewithme to help protect those eing abused as result of Brexit referendum – but I need your help.

I’d like to come up with something that can be made by anybody anywhere to pin on their jacket or coat to signify that they are an ally.

I quite like the idea of just putting a safety pin, empty of anything else, on your coat. A literal SAFETY pin!

The Guardian tracked Allison down after the campaign took off, and though she declined to give her last name, she did have this to say:

“I kept seeing these reports about people being abused on buses and trains,” she told the Guardian.”I was watching the Euros with my husband and I thought, how can we show people in public we are going to stand with them? We didn’t want to force people to go out and buy something so I said, what about a safety pin? Most people have one somewhere in the house.” “My husband said it’s like a pin of safety–he likes puns.”

The movement is not without critics who see the gesture as superficial or missing the point:

you’ll wear a safety pin, but are you going to speak up when someone’s racially attacked on a bus?

I voted Brexit. I am not a racist moron. I will not be wearing a #safetypins to show that I am ‘safe’ because I don’t need to.

And then of course there’s Piers Morgan, whose foray into this latest round of opportunism is (as is so often the case) as valuable as drinking sand:

I’m not wearing a #safetypin to prove that I’m not a halfwit.

This isn’t the first time that the UK has brought the safety pin to the front of the style conversation. When the punk movement swept through Britain in the ’70s and found its way over the Atlantic, it carried with it enough safety pins for every Clash or Ramones fan to cover himself with DIY chain mail.

But back then the reason was very different: Punk god Johnny Rotten explained that the pins were there simply to stop “the arse of your pants falling out.” In a post-Brexit UK, people are certainly showing themselves to be arses. Maybe the #safetypin can help keep them under wraps.