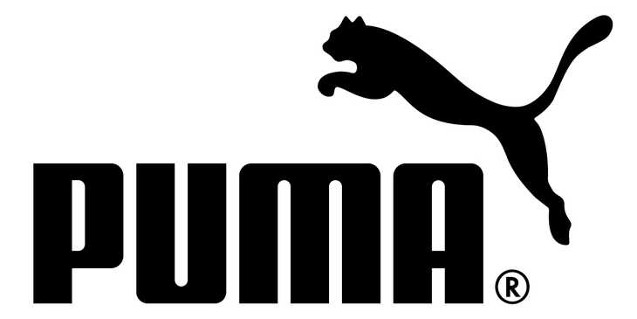 Despite being ‘The Fastest Sports Brand In The World’, Puma had a slow start from the bottom just like any other business. Far from being the official outfitters of the Red Bull F1 Racing Team in 2016 and kitting out multiple world-record smasher Usain Bolt, when the company began the Dassler brothers would often have to power their equipment with a stationary exercise bike due to the unreliability of the electricity in their town.

It began in 1924, Herzogenaurach, when German brothers Adolf (Or Adi) and Rudolf founded a shoe factory in none other than their own mother’s laundrette. Their business was the only one at the time that manufactured sports shoes and, having found their niche, the brothers got to work. Three years later in 1927 the ‘Gebruder Dassler Schuhfabrik’ – translated into Dassler Brothers Shoe Factory – moved into a separate building with a more reliable power source and began producing their first shoes.

The businesses first major success came in 1936 when the brothers took a road trip to Bavaria to the 1936 Summer Olympics in Berlin. With them they took a suitcase full of their own Dassler Spike sprinting shoes and convinced numerous athletes to compete wearing them, including Jesse Owens. Jesse went on to win four gold medals with the aid of Dassler’s design with a further total of seven golds and five bronzes won by other athletes in the shoes. Thus the Dassler brother’s products hit the mainstream with a bang and business boomed immediately, with the company subsequently selling 200,000 pairs a year before World War II.

World War II eventually caused trouble for the business on a personal level as rifts began emerging between brothers Rudolf and Adi until eventually the business assets were split and Rudolf founded his own company – PUMA Schuhfabrik Rudolf Dassler. That same year the company released the ATOM – PUMA’s first official football boot. The boot met with success being worn by several players of West Germany national team in their first football match after the war. Germany’s first post-war (and winning) goal was subsequently kicked by a PUMA ATOM boot!

It wasn’t until 1952 that PUMA’s real success began when Rudolf collaborated with experts to develop the world’s first football boot with screw-in studs; the SUPER ATOM. Thus began PUMA’s huge involvement with sport – football in particular – and the brand has been climbing ever since. 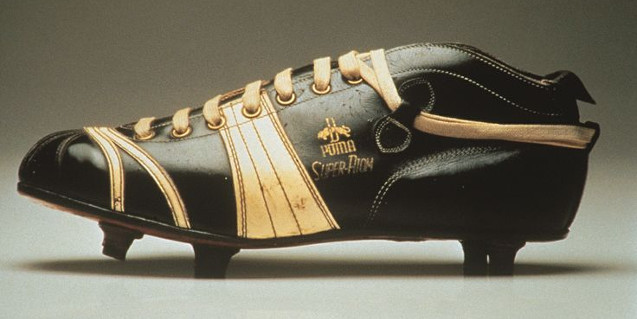 In 1958 Rudolf introduced the patented ‘formstrip’ which was originally created to stabilize the foot inside the shoe, but which has now become a trademark image of PUMA footwear. Ten years later, the classic jumping cat logo was introduced after being designed and created by a cartoonist from Nuremberg, Lutz Backes, however the original design had eyes and a nuzzle which since 1979 were removed.

Aside from the notable dates above, the company has been involved in numerous other sporting successes throughout their journey, such as in 1962 when Pelé scored the winning goal for the World Cup wearing PUMA boots.

You can find a wide range of PUMA footwear at Mainline Menswear now.