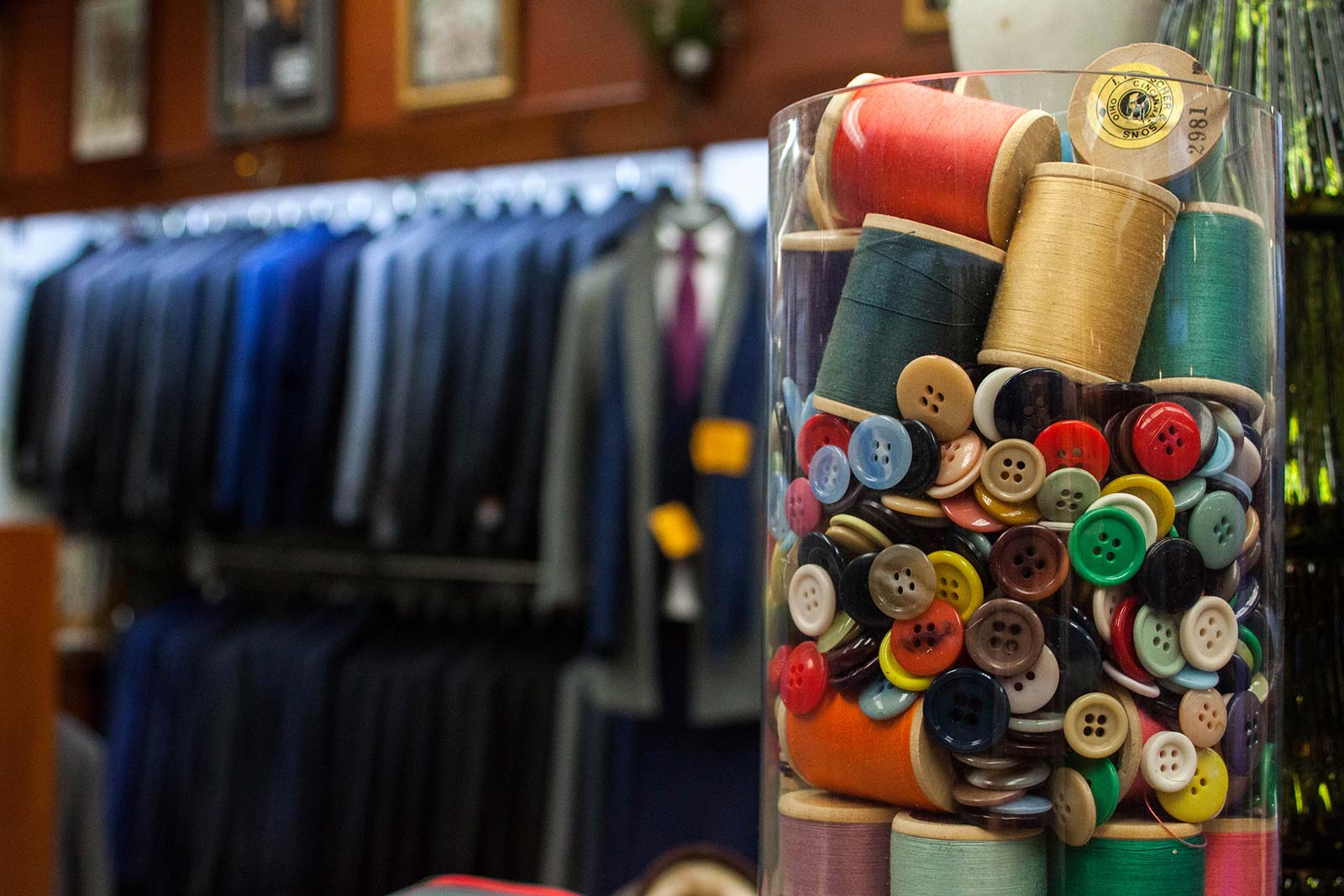 Most men know how to put on a blazer. Even if they’re not sure of how to perfectly match all the pieces in their wardrobe without a little help, or even how to pick the right jacket for them on their own.

The fact is that blazers just aren’t as simple as you think they are. Even small things like the buttons you put on your jacket – especially if you’re having a custom blazer made for you – can make a huge difference in how you look. Those buttons will also impact what you can wear with your blazer.

But you still put a blazer on one arm at a time, right? Keep reading to learn more about the rules of blazers and how their buttons greatly impact your wardrobe.

Choosing blazer buttons isn’t quite like picking materials for your blazer. A lot of guys simply defer to their tailor and let them pick the appropriate buttons for their blazer.

Plastic blazer buttons are generally the cheapest, and if you’re looking for the most affordable option, you’ve found it. While they can look almost any way you want because there are a ton of colors out there, plastic should be relegated to solid colors where buttons aren’t a very prominent part of the blazer style.

Plastic buttons on a blazer can be controversial. Some style experts would recommend that you avoid them altogether. They’d also say that, if a blazer you like comes with plastic buttons, you should take them off and attach buttons of a different kind.

Other people would argue that plastic buttons aren’t really noticeable and don’t detract from the overall look of a blazer. Therefore, you’ll have to make up your own mind about plastic buttons.

Mother of pearl buttons are an elegant option that can work very well on many blazer styles. From natural MOP to smoked MOP, which has a darker color and tends to be a bit more subtle, this option is often a bit more expensive.

If you’re having a custom blazer made though, MOP buttons are often worth their price to put the finishing touches on a beautiful blazer.

What is mother-of-pearl, anyway? Well, mollusks such as oysters occasionally release a mineral mix that’s called “nacre.” Most people, however, refer to this lovely material as “mother-of-pearl.”

Mother-of-pearl buttons are especially fitting for events that take place during the spring or the summer. They boast different colors, and they’ll gleam and glimmer all night long.

Most men know what horn blazer buttons look like even if they don’t realize it. Horn buttons, for those that can’t imagine them, are two-toned buttons that look like natural material. Think of horn-rimmed glasses and you’ll be on the right track.

Horn buttons are an ideal choice for many blazers. They add a touch of style without being over the top and they look well-made. They are also relatively cost-effective.

Horn buttons can be either shiny or dull. Interestingly, tailors in Italy tend to prefer the former, and tailors in the United Kingdom usually opt for the latter. Either way, horn buttons indicate that a blazer or suit is exceptionally high in quality. In fact, they can make some of the finest clothes in the world even more impressive to discerning eyes.

These buttons are stronger than their plastic counterparts, and each looks a bit different from the rest due to tiny differences in the patterns that they sport. They can be made from the shells of tortoises as well as the horns and hooves of cattle and other animals. Given that connection to nature, horn buttons are apt for any sort of rustic event.

Getting Down to Brass Tacks

Navy blue blazers traditionally have brass blazer buttons. This will help differentiate your navy blue blazer from an orphaned suit coat, which the discerning eye might see. That’s because a navy blue suit jacket will probably have horn or smoked gray-ish black buttons, or in some cases, a very similar navy blue.

When you wear brass buttons, you’re continuing a long naval tradition. At the same time, if you’re not actually in the Navy, these buttons are more suitable for social occasions than for professional or formal events. Brass buttons are also common at prestigious prep schools all over the world.

How do craftspeople make brass buttons? Typically, they start with a solid piece of brass, cut out the buttons, die-stamp them and buff them. Afterwards, those buttons might be plated with a metal like silver or gold.

If you’re going to make a navy blue blazer part of your wardrobe – and you definitely should – go the traditional route and have your tailor put brass blazer buttons on it.

Brass buttons are ideal for navy blazers, but there are other metals out there. Gold, silver and even platinum can all be used for jackets. If you do pick a metal button for your blazer there is one basic rule you should follow. When you put that blazer on, don’t wear any other type of metal.

For example, if you have a navy blazer with brass buttons, you need to add a brass buckle to your belt to make the style work. You also need to avoid wearing that silver watch and go with a leather band instead.

Just as plastic buttons have their fans and detractors, heavy metal buttons represent a slightly contentious matter. The issue that some people have with them, the gold variety in particular, is that they can seem a little old-fashioned. What’s more, when some folks look at a blazer that has heavy metal buttons, they focus on the buttons and neglect the rest of the jacket. Indeed, there’s no debating that these buttons are eye-catching.

Are you trying to decide whether or not you’d like gold, silver or platinum buttons on your blazer? If so, go with your gut and your own sense of style. As with brass buttons, heavy metal buttons enjoy a distinguished history. Many renowned individuals ― from admirals to sea captains to the presidents of top universities ― have favored wearing them. Not to mention, you might belong to a group such as a local yacht club where most or all of the members love to show off this style. By all means, then, opt for heavy metal buttons and be proud of those glistening and time-honored fashion items.

One metal per outfit is a good rule of thumb when you’re getting dressed.

When fastening blazer buttons you want to leave that lower button undone. The top blazer button should be fasted when you’re standing up and unfastened when you sit down.

Double-breasted suits were all but dead a few years ago. Designers seem to be bringing them back these days though, and you’re going to see average, everyday guys wearing them soon enough.

If you want to get ahead of the trend, or if you’ve always loved double-breasted blazers, you still need to button yours right. Traditional 4 x 2 and 6 x 2 button styles are pretty simple.

Button your top button and leave the bottom button undone. You’ll get the best fit that way and you’ll keep a double-breasted blazer from looking too stuffy.