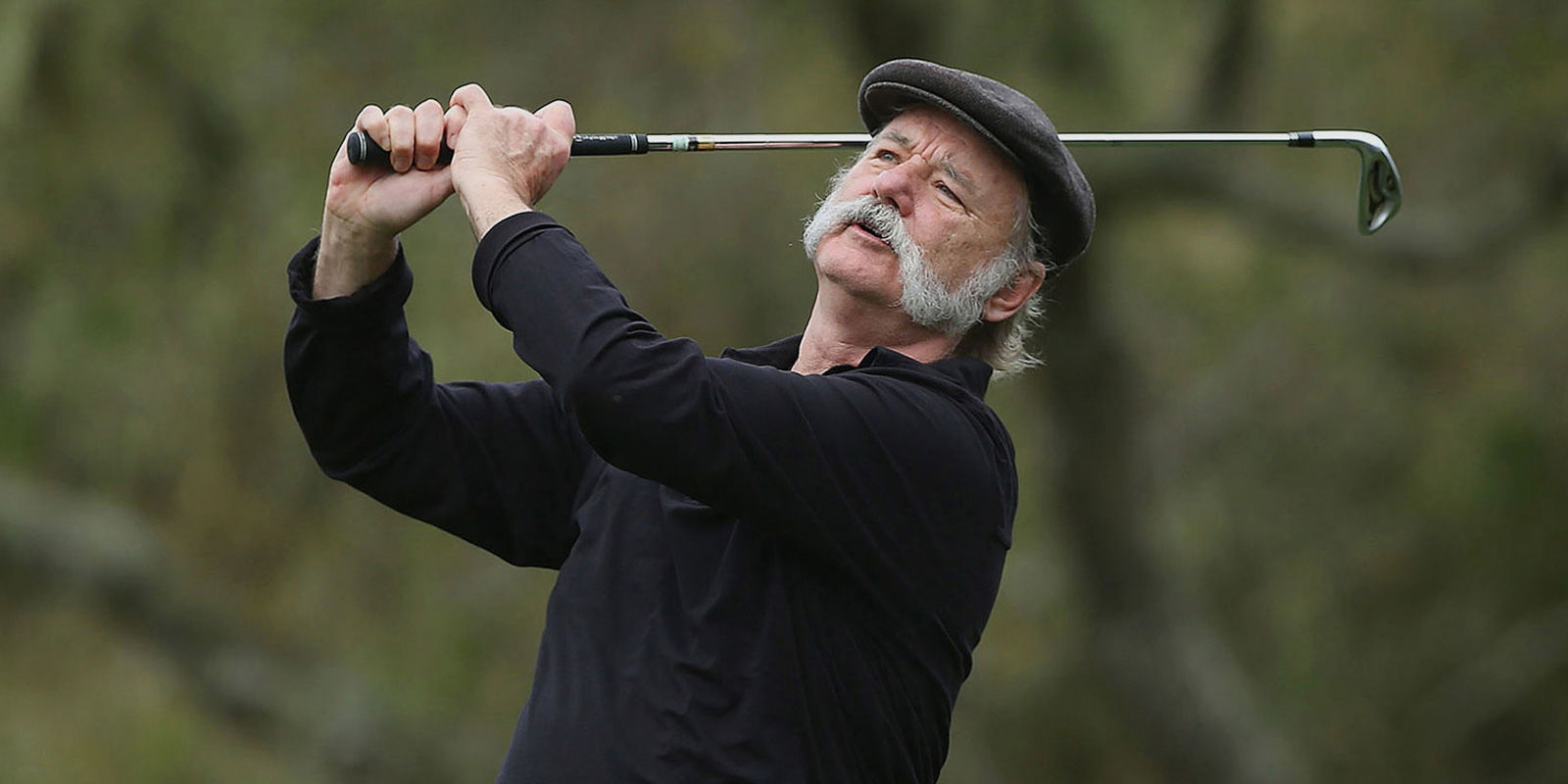 Let’s get to know it.

Well, Bill Murray just Bill Murray-ed fashion by announcing that he and his brothers will release a line of golf clothing called William Murray Golf. (Was the announcement intentionally tied to his 66th birthday today? Maybe!)

Though the collection doesn’t appear to include Pabst Blue Ribbon shorts, it will (according to a press statement quoted in Fashionista) “break away from traditional golf apparel by bringing a new look and feel to the industry with a little irreverence and a lot of style.”

One such example of this irreverence is a golf shirt with an all-over cocktail print. Other items that have been teased include a golf shirt that bears a striking resemblance to the home uniforms of a certain Chicago-based National League baseball team currently dominating the MLB, a checked button-down shirt, and a Flex Fit cap with the William Murray Golf logo (a golfer chucking his no doubt non-compliant iron) on it.

Though the line is named after the most famous Murray brother, John, Joel (who you might recognize as Mad Men‘s Fred Rumsen), and Brian Doyle-Murray all have an equal hand in it. According to the press statement, each of them “worked closely on all aspects of the line to ensure the brand’s authenticity, from creative design to color patterns to production and more.”

Bill Murray, of course, is famous for his love of golf, frequently appearing in the AT&T Pebble Beach Pro-Am, among other golf tournaments, and starring (alongside his older bro Brian Doyle-Murray) in Caddyshack, the greatest golf movie ever made.

This isn’t Bill Murray’s first golf-themed enterprise, either. He, along with five of his brothers, opened a golf-themed restaurant called Murray Bros. Caddyshack in St. Augustine, Florida, back in 2001.

As for William Murray Golf, the complete line will launch on the brand’s website on October 20. Make sure to sharpen your product-drop buying skills before then, as these items are sure to sell out quickly. Well, at least if the buzz around the Esquire offices is anything to go by.