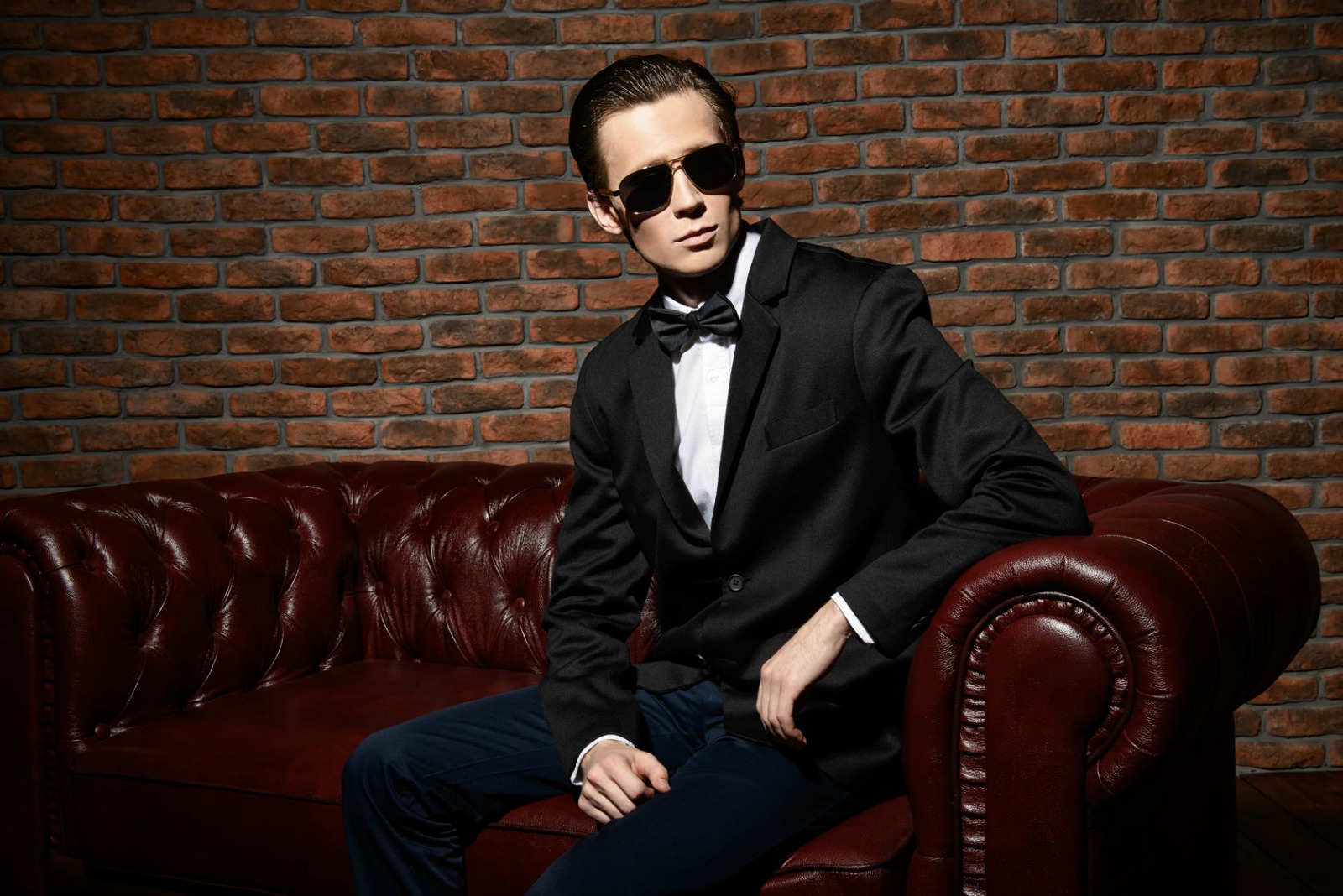 As studly as you may be right now, as soon as you put on a pair of this year’s best men’s sunglasses, you’ll instantly look cooler. Sunglasses will give your look an air of intrigue ― a mystery behind a pair of shades ― and they can make your face even more symmetrical.

The best sunglasses for men are both durable and fashionable. These six sunglasses from the brands described below will enhance your outfit while protecting your vision, a winning combination.

Polarized sunglasses are highly sought-after nowadays because they make the world seem more vibrant. They let wearers see more clearly and perceive bolder colors. If trend reports are correct, they should continue to sell at higher rates over the next several years.

When it comes to polarization, it’s hard to beat these sunglasses from Maui Jim. Thanks to the company’s advanced and patented technologies, this pair allows you to discern every color that you would without shades. These glasses also boast sophisticated rectangular frames.

It’s easy to understand why Maui Jim, which is headquartered in Peoria, Illinois, sells 110 types of sunglasses in dozens of nations around the world.

These curved and comfortable sunglasses will protect your eyes from every direction. When you have them on, everything in your field of vision should be exceptionally clear.

What makes these glasses especially trendy is their ability to block out blue light. Exposure to blue light, given off by electronic devices, for example, can make it harder for a person to fall asleep. However, wearing blue light sunglasses around the house can help to counterbalance that effect. Blue light glasses have become so popular that, during the 2016 Summer Olympics in Rio de Janeiro, members of the Canadian women’s rowing team wore them before going to bed.

As a fun fact, the world-renowned Oakley fashion brand got its start in 1975, when James Jannard, a University of Southern California dropout who’d been selling the motorcycle parts he stored in his Honda Civic, decided to start selling sunglasses.

Direct from Italy, these Prada beauties are the very definition of sharp and they’re made of nylon. It’s no surprise that a pair of sunglasses from Prada would rank among the best sunglasses for men. After all, the company has been putting out consistently exceptional products for decades. The entrepreneur Mario Prada launched this brand in Milan in 1913. Miuccia Prada, his granddaughter, is now one of the company’s two CEOs.

Sports sunglasses are especially fashionable this year. At one time, consumers often viewed sunglasses as being all-purpose. These days, though, many people buy sunglasses specifically for athletic activities or recreational pursuits and they have certain criteria for those products. For instance, they want their sport glasses to be lightweight and sweat-resistant.

These attractive and sturdy full-rim aviator glasses are manufactured in Italy and made of high-quality metal and plastic. They’re intended for both men and women, so you can let the important ladies in your life borrow your pair.

Aviator glasses are all the rage. Many people find the lenses, which resemble teardrops, to be irresistible. On top of that, these sunglasses can flatter various facial shapes. In addition, many celebrities consider themselves to be Gucci fans, and the brand’s stores are some of the most beautiful and exclusive anywhere.

These brown, metallic navigator sunglasses are tough, and their double bridge feature makes them truly unique. On a pair of glasses, the bridge is the part between the lenses; it holds the two halves of the glasses together.

In early 2017, GQ Magazine identified sunglasses with double bridges as a “rising trend.”

If you’re not familiar with this company, the brilliant designer Tom Ford made waves in the fashion world during the years he worked for Gucci. He left in 2004 and started his own company in 2006.

Sleek and gleaming, these Ray-Ban sunglasses look like they’re made of metal and they’re noticeable from a distance.

What makes this item one of the hottest pairs of sunglasses for 2017, though? Well, Ray-Ban glasses are just perennially desirable. They have a timelessness and longevity that few products of any kind could match.

Since 1937, Ray-Ban has released top-notch sunglasses. Their fame increased when Tom Cruise donned a pair ― Aviator Classic, to be precise ― in “Top Gun,” the 1986 blockbuster film about Navy fighter pilots.

Once you own one or more of these pairs of shades, you will look yourself over in a mirror with confidence. You can practice putting them on and taking them off slowly and alluringly, just like a movie star would do. When you’re off to the beach or out for the weekend, you can imagine yourself rocking shades on the red carpet.

The 10 Best Barber Shops in NJ