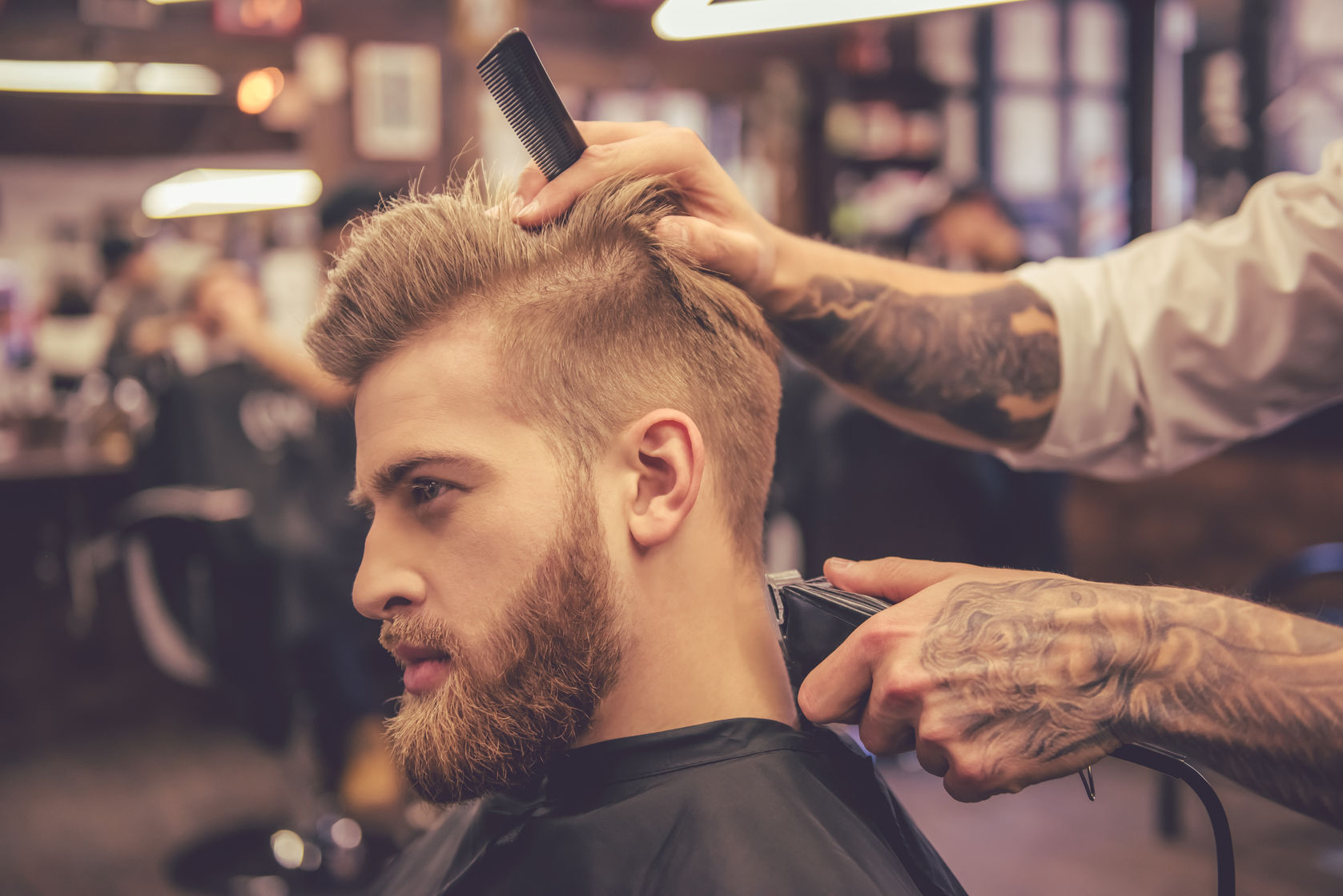 You can count on certain things to change often: the price of gasoline, for instance, and the weather in Jersey. And, of course, trendy hairstyles for men are an ever-shifting aspect of life.

Getting a haircut that’s currently popular doesn’t just make you look fashionable. It can also help you to create memories (Seriously! Hear me out).

When you look at old photos and recognize former haircuts, you may instantly recall that day, a special occasion or even that period in your life.  Don’t believe me? Go back and take a look at your high school senior portrait. What exactly is going on there?

With that in mind, here are 17 haircuts that you will definitely see in 2017 and may even want to sport yourself.

It’s an easy concept. Wear your hair fairly long and somewhat askew at the top. At the same time, keep the sides and the back extremely short.

Start with longer hair on top. Wet it and then comb it forward. Next, dip your fingers in styling paste and play with your bangs, sculpting them until they have a distinctive appearance that you like.

This style calls for wavy curls all over your head. The hair that’s around your ears, though, should be tapered.

Maybe you’ve never had long hair, or maybe it’s been many years since your mane touched your shoulders or mid-back. Well, now’s your chance to give it a try. Thick, long hair has returned in a big way.

At the top of your head and behind it, keep your hair short. In front of your crown, though,  grow a fringe. You could either slick it back or, for a scruffier effect, allow it to fall forward.

“Bed head” was once a derogatory term. Nowadays, many people consider it attractive when a man’s hair swirls every which way. And, by blowing your hair with a diffuser, you can let your mop stay inflated.

Many men used to clip or dye their gray hairs right away. But, believe it or not, they’ve become status symbols. Hairstyles for men and hair products that accentuate grayness are cooler than ever.

Now’s the time to grow a quiff and stylize it however you’d like. A quiff, for the uninitiated, begins at your forehead and goes back and up. You can make yours spiky, messy or curly, and you might comb it forward or dye it blonde.

This hairdo involves taking a common crop, layering it and making it more uneven on top. You can heighten this effect by blow drying your hair so that it’s rather unkempt and, of course, you can use gel so it stays that way.

How about parting your hair in the middle so you have two waves going in different directions? No, it’s not for everyone, and yes, this look was a hit during the 1990s. But, if TV shows like Full House can make a comeback, why not that decade’s hairstyles for men?

It’s been popular for years and it should only continue to gain fans in 2017. Whether you have straight or curly hair, just grow it out, comb it to one side and hold it still with a favorite hair product.

Take your basic, preppy haircut and infuse it with attitude by shaving an appealing pattern into it. For example, you could separate the top and sides of your head with long lines or draw a triangle or other shape somewhere.

It’s a dramatic hairstyle for men, but it works in certain circumstances. To achieve it, keep the hair on one side short. Meanwhile, grow the hair on top really long, and comb it to the other side so it extends past your eyebrows and reaches your cheek. While it’s a cut for the confident man, Grandma and Grandpa might have something to say around Thanksgiving time.

When a guy dyes his hair a striking pastel, he transforms himself into a merman. To become this mythical, vibrant creature of the sea, you need either courage or a burning desire to resemble an Easter egg.

This sizeable, round knot of hair atop a man’s head has its share of detractors, but many people love the way it looks and feels. And, whatever you’ve heard, the fabled man bun will probably not be disappearing anytime this decade. You might want to give it a try and see what all the fuss is about.

In discussing hairstyles for men, let’s not overlook facial hair. Over the past several years, thick, full and scraggly beards have been all the rage. However, the beard tide is turning, and you should expect those that are much shorter and trimmer to be popular this year. They’re not quite full, and therefore, they require frequent cutting and grooming.

Finally, you might grow a beard yet shave the sides of your head. These days, a floating beard is a stylish beard.

Taking a Little off the Top

With all of those hairstyles for men, you might have a little trouble choosing just one. Maybe your best bet is to get together with 16 of your buddies so that everyone can rock a different style.